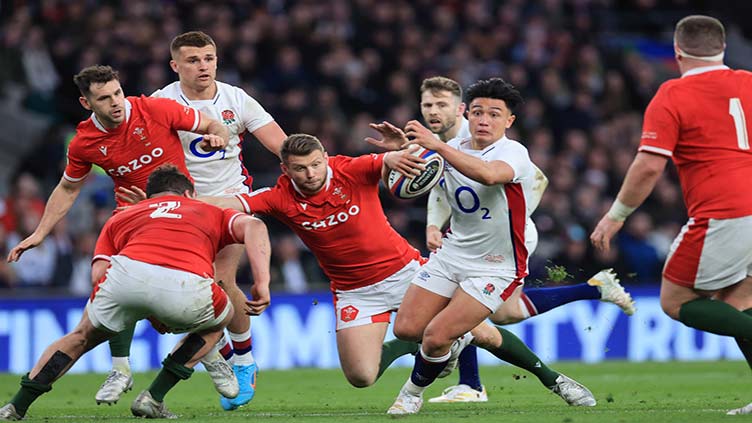 LONDON (AFP) - England and Wales will meet in a double-header as part of their preparations for next year s Rugby World Cup in France, it was announced on Monday.

Wales host Eddie Jones  side on August 5 before a return match at Twickenham the following weekend, with a clash against world champions South Africa in Cardiff on August 19.

"These matches will be crucial as we enter our final preparation stage for the Rugby World Cup," said England coach Jones.

"It s our chance to develop our tactical approach, improve our game fitness and to say thank you to the supporters for the last four years."

The Australian, looking to go one better after guiding England to a 2019 World Cup final in Japan where they were beaten by the Springboks, added: "We re very fortunate to have such a tough opponent in Wales and to play them both home and away, along with the atmosphere we always experience in Cardiff."

England will also face Fiji on August 26 -- their final fixture before they travel to France for the World Cup, which starts on September 8.

They will play a further away match the previous weekend, with the opposition yet to be announced.

Wales coach Wayne Pivac said with less than a year to go until the start of the World Cup: "we have a clear programme set out for the squad in readiness for the tournament".

"I m pleased we are able to confirm warm-up matches against England -- home and away -- and at home against South Africa as part of this," he added.

Wales pushed the Springboks close in their three-Test series in July but eventually lost 2-1.

"Wales have always proven to be tough competition for us and our results against them in the last few years are evidence of the quality of the side they are," he said.