Nadal into Wimbledon last 16 for 10th time despite row 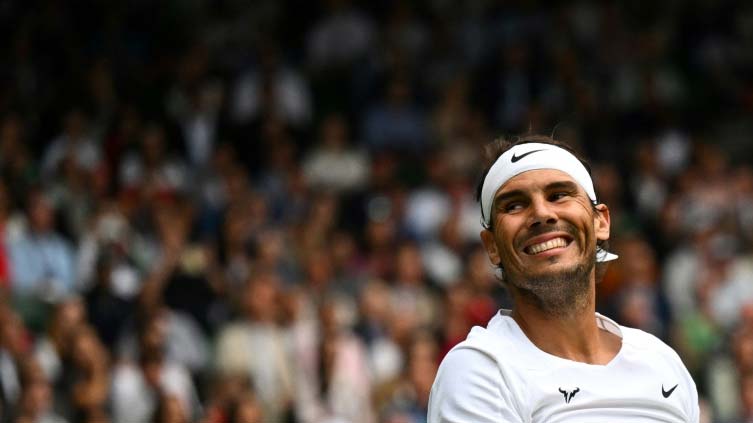 Nadal into Wimbledon last 16 for 10th time despite row

LONDON (AFP) - Rafael Nadal reached the fourth round at Wimbledon for the 10th time on Saturday with a straight sets victory over Italy s Lorenzo Sonego in a match which saw a brief, testy exchange between the two men.

The 36-year-old had required back-to-back four-setters to make the third round and was expected to be tested by Sonego, who made the fourth round last year.

However, Nadal didn not face a break point until he dropped serve in the eighth game of the third set, his focus possibly affected by a stoppage to close the Centre Court roof.

He quickly broke back and sealed the victory.

Nadal, however, appeared upset by the noise the Italian was making on court.

He even summoned Sonego to the net to discuss his displeasure while the two then had another lengthy exchange as they shook hands.

"I didn t make it in a negative way. I feel sorry if I bothered him but I did it in a right way," said Spaniard Nadal.

"I feel really bad now if I bothered him so I feel sorry for that. That s it - I will talk to him after but this is not a problem."

Nadal has already won the Australian Open and French Open in 2022 and is halfway to the first men s calendar Grand Slam since Rod Laver in 1969.

"This was probably my best match here without a doubt during the championships, against the most difficult player I faced," Nadal said.

"I have been able to raise my level, super happy for that."

Nadal will next face Dutch 21st seed Botic van de Zandschulp for a place in the quarter-finals.

Nadal comfortably defeated the Dutch player in straight sets on his way to a 14th French Open title last month.