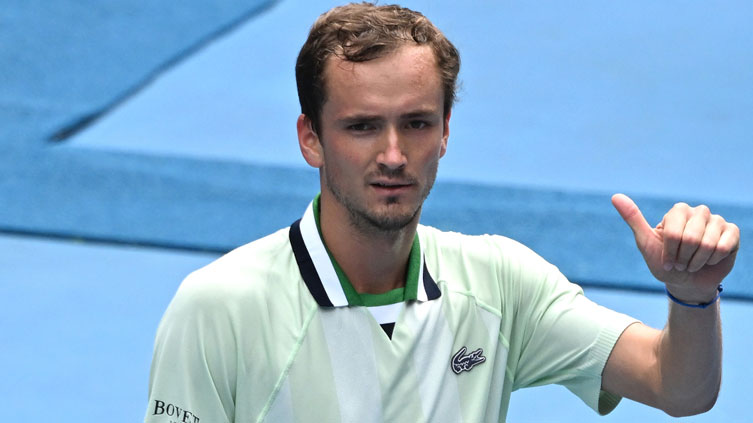 The decision was swiftly condemned by the men's and women's tours and a number of players.

(Reuters) - World number two Daniil Medvedev has not given up hope of competing at Wimbledon next month even though tournament organizers have banned Russians and Belarusians from playing at the grasscourt Grand Slam due to Moscow s invasion of Ukraine.

The decision was swiftly condemned by the men s and women s tours and a number of players, with Rafael Nadal calling the ruling "unfair".

Over the past week, there have also been suggestions that Wimbledon could be stripped of its ranking points by the two tours if the ban remains in force - effectively reducing the world s most famous tennis tournament to an exhibition event.

"I tried to follow what s happening because I don t have any decisions to make. It s right now about Wimbledon itself, the ATP, maybe the British government is involved," the Russian, who will be returning to action in Geneva after spending the last six weeks recovering from a hernia operation, told reporters on Sunday.

"It s a tricky situation and like every situation in life, you ask 100 players, everybody s going to give a different opinion.

"(When) you show a tennis ball to 100 people, I m sure some of them are going to say it s green and not yellow. I think it s yellow. (But) if somebody tells me it s green, I m not going to get in conflict with this person."

Medvedev, who lost in the Australian Open final to Nadal in January, missed the beginning of the European claycourt season as he had to skip events in Monte Carlo, Madrid and Rome while he recovered his fitness.

The All England Lawn Tennis Club (AELTC) barred players from the two countries from competing at this year s Wimbledon in response to what Russia calls a "special military operation" in Ukraine. Belarus has been a key staging area for the invasion.

The AELTC said it made the decision following discussions with the British government.

U.S. Open champion Medvedev said he remained hopeful that the AELTC might make a late u-turn on its decision.

"If I can play, I m going to be happy to play in Wimbledon. I love this tournament. If I cannot play -- well, I m going to try to play other tournaments and prepare well for next year if I have the chance to play."