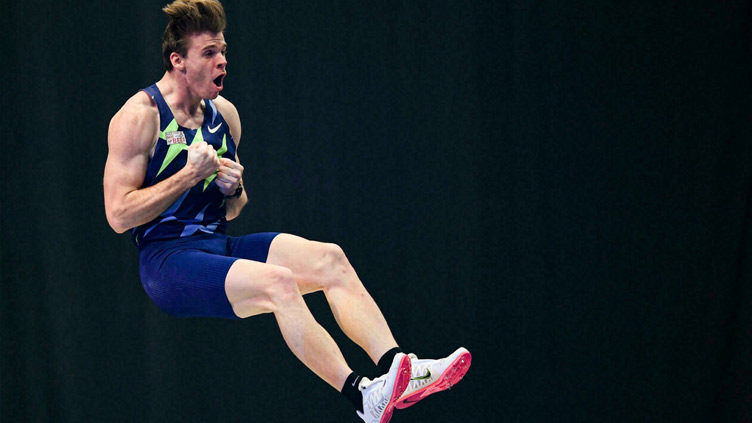 LOS ANGELES (AFP) - Olympic silver medallist Chris Nilsen soared to pole vault victory at the US indoor championships on Saturday to book his place at next month’s World Championships.

Nilsen took the gold medal with a winning leap of 5.91m as the two-day meeting in Spokane, Washington, got under way.

The 24-year-old’s path to victory was left clear after reigning outdoor world champion Sam Kendricks scratched from the event.

It was not immediately clear why Kendricks, the 2017 and 2019 world champion, did not take part.

In other events on Saturday, there was disappointment for 2019 800m world champion Donovan Brazier.

Brazier was entered for both the 800m and 400m events but opted to scratch from the 800m.

However his 400m campaign ended in the heats when he was disqualified for straying out of his lane.

In the women’s shot put, Maggie Ewen hurled a world-leading 19.79m to claim victory ahead of Chase Ealey, a distant second with a throw of 19.10m.

The championships conclude on Sunday when all eyes will be on reigning world 100m and 60m champion Christian Coleman.

Coleman returned to track and field this year after serving an 18-month suspension for breaching anti-doping whereabouts rules.