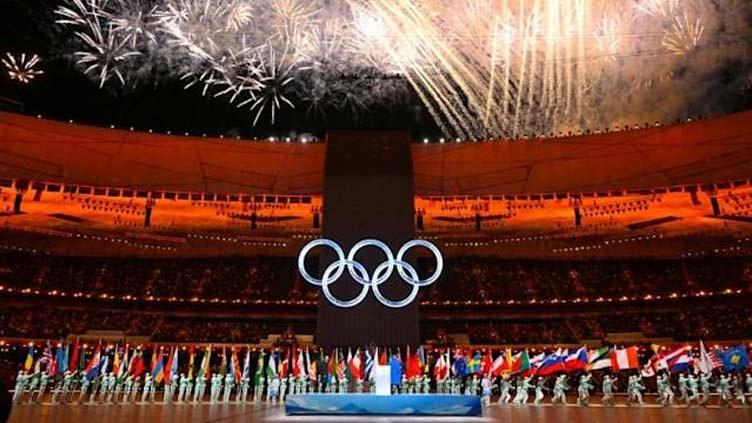 After Olympics one major international sports event left for China to host the football World Cup.

BEIJING (AFP) - After staging both a Summer and now a Winter Olympics, there is one major international sports event left for China to host -- the football World Cup.

Football fan President Xi Jinping has said he wants China to stage and even win the men’s World Cup one day, and the country has been building and renovating stadiums in apparent anticipation.

But analysts say Xi’s dream faces a number of obstacles, starting with the dismal performance of the national team.

The men’s side have only ever qualified for the World Cup once, in 2002, when they failed to win a point or even score a goal.

Their already failing 2022 Qatar World Cup hopes ended for good in a humiliating 3-1 defeat against Vietnam this month.

As hosts they would automatically qualify for the World Cup, but the current Chinese side would be in real danger of humiliation.

"Many believe China doesn’t want to host a World Cup until they can be more confident the national team can perform well enough so as not to embarrass the country," said Cameron Wilson, founder of the Wild East Football website, which specialises in Chinese football.

Chinese football became famous a few years ago for splurging on famous foreign coaches and players, but those days are now long gone.

China has been naturalising players, many of them Brazilian, but the national team remain stuck in 75th in the FIFA rankings.

Qatar were also a footballing minnow in 2010 when they won the right to stage this year’s World Cup.

But they have improved since, going from 113th in the world to 52nd today.

However, Wilson warned that the changes needed for China to follow in those footsteps and become a football power are "massive and fundamental".

"Currently, Chinese football is dying because it is controlled by political, not sporting forces," he told AFP.

China needs to "reduce pressure on ordinary people so they are more willing to let their kids spend time on anything other than endless hours spent doing homework", he added.

"They also need to replace their football management structure with something much less top-down which allows football people to make decisions about the sport, not politicians."

Football has found itself in the crosshairs of the ruling Communist Party’s purity drive in recent years, with players told to remove or cover tattoos and sometimes join military camps for drills and Marxist-style "thought education".

Mads Davidsen, ex-technical director of Chinese Super League side Shanghai Port, believes China has the "facilities and logistics to handle big events" -- the Beijing 2008 Games and just-finished Winter Olympics in the capital were evidence of that.

"When I was in China, I advised them to make a 8-10 year vision and plan and forget the next World Cup, but build a solid platform of a Chinese football vision and the demands of the modern game," he said.

But there is a "lack of investment in the long term" and too much focus on immediate success, he said.

China managed to generate substantial interest in cold weather sports after winning the bid for the Beijing Winter Olympics, which ended on Sunday and saw the hosts come third in the medals table -- easily their best performance at a Winter Games.

Experts say that shows the country has the capacity to drive mass interest when needed.

Despite doom descending on Chinese football after a number of clubs folded in debt, including the former CSL champions Jiangsu Suning, Philippe Troussier believes the national side are "improving year by year".

"Chinese football has evolved a lot" with many club academies which "now invest in the detection, selection and training of young players", said Troussier, who worked for several Chinese clubs and is now Vietnam U-20 coach.

But the Frenchman warned there is still not yet enough infrastructure or coaches, and others warned having a competitive team alone is not enough for a successful World Cup bid.

Bo Li, professor of sports management at Miami University, said football’s world governing body FIFA is interested in awarding the competition to host countries who can share -- something which seems unlikely in China’s case.

"The competition... is a lot more intensive compared to the Olympic bid," he said, pointing out that the voting format "requires the interested country to have a great relationship with the majority of FIFA members".

"Given the current diplomatic relations, it does not seem that China could work with any neighbouring nation for a co-bid," he warned.