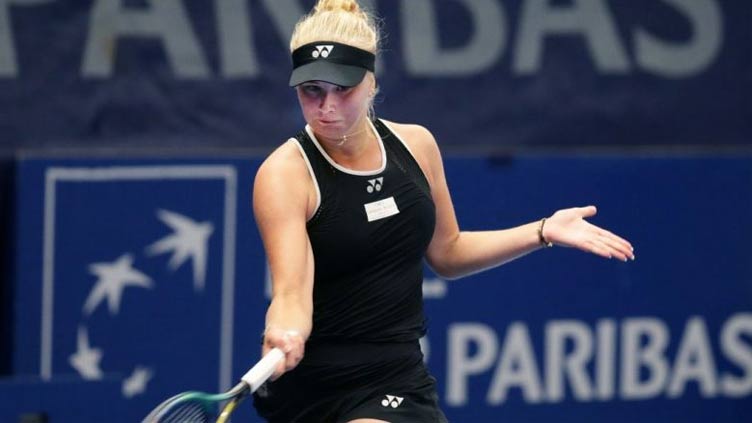 MELBOURNE, (AFP) - Danish teenager Clara Tauson played the match of her life Thursday to send Estonian sixth seed Anett Kontaveit tumbling out of the Australian Open, but said she had plenty of room for improvement.

The 19-year-old is making her main draw debut at Melbourne Park but proved too good for Kontaveit, seen by many as a serious title contender after a breakout 2021.

"I think so," she said on whether it was the best match she had played.

"When you play really good, you don’t feel like you’re playing amazing, but everything is just going how you want it. In my mind that’s just how I want to play every time.

"I think I played a really, really good match today. I didn’t miss a lot of shots, even though I was going for them on every single shot. I think it’s one of the best at least.

"It’s the first time I’m in the third round of a Slam. Playing a player like her to reach it, it’s a really big achievement for me," she added.

Kontaveit captured four titles in two months last year before ending runner-up at the WTA Finals to Garbine Muguruza, but struggled against Tauson.

She won just 55 percent of her first serves and made 27 unforced errors for a disappointing end to her tournament.

In contrast, Tauson won 73 percent of her first serves and kept the error count down to just 13, but said there was room to improve.

"Obviously my serve has to improve even more. Even though it’s a weapon now, I think it can be even better. Everything just needs to get improved," said Tauson, at a career-high ranking of 39.

"I need to be playing better and better even if I’m not feeling so good. Yeah, those are the primary goals right now."

Tauson signalled her potential by making finals last year in Luxembourg and Lyon.