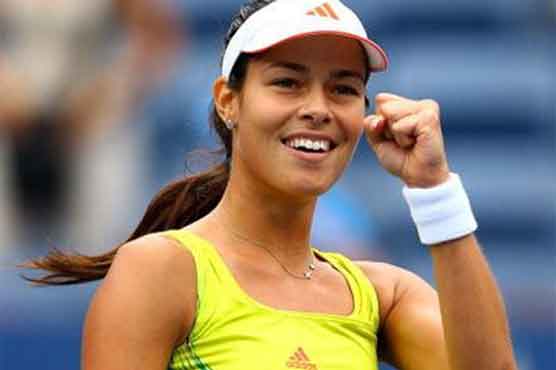 The former top-ranked Ivanovic beat Klara Zakopalova of the Czech Republic 6-3, 6-1, while 2011 U.S. Open winner Stosur extended her winning streak to seven matches by beating Alize Cornet of France 6-4, 6-1 in the second round.

Meanwhile, men s top seed Richard Gasquet, making his debut in Moscow, advanced to the quarterfinals with a 6-3, 3-6, 6-1 victory over Evgeny Donskoy of Russia.

The fourth-seeded Ivanovic led 5-0 in the first set, traded early breaks in the second and rolled the rest of the way.

"It wasn t an easy match for me," Ivanovic said. "I really started well. But she s a tough player and the second set was much tougher that the scoreline indicates.

But I added power in the important moments and was very pleased to win."

On Sunday, former French Open champion Ivanovic lost to Angelique Kerber of Germany in the final in Linz her first appearance in a final since winning her 11th title in Bali in 2011.

Stosur, who won her second title of the season last Sunday in Osaka, won five consecutive games to win the first set and go 2-0 up in the second.

"I did what I had to do," Stosur said. "I made her play more balls when I had a chance to attack deep, so overall it was a pretty solid match."

Stosur rallied to beat Ivanovic in the semifinals last year before falling to Caroline Wozniacki in the final.

"It was a very tough match. She plays differently than lots of other girls. She has lot of kick, a lot of power," Ivanovic said of that match and Stosur. "This year we are meeting a little bit earlier and I really hope I can avenge that loss."

Gasquet, who suffered an early exit at Shanghai last week and dropped to 10th in the rankings, hampering his chances of qualifying for the ATP Finals in London next month, was pushed hard by the unheralded Russian.

Gasquet broke twice in the first set, but Donskoy won the second with a break midway through. Gasquet won five consecutive games in the decider and closed the match on his second match point.

Gasquet is chasing fellow Frenchman Jo-Wilfried Tsonga for the eighth and final spot in London.