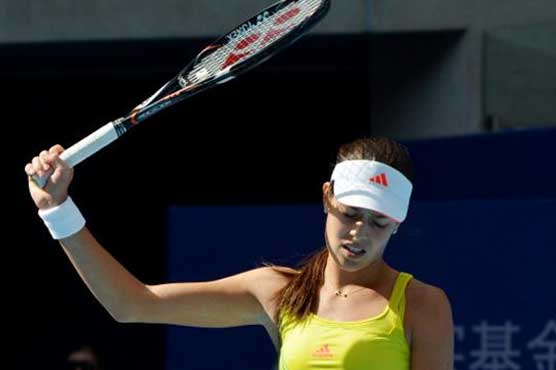 Ana Ivanovic set up a final against top-seeded Angelique Kerber at the Generali Ladies.

Kerber overpowered Carla Suarez Navarro of Spain 6-2, 6-0 to reach her second final of the season. The 10th-ranked German was beaten by Petra Kvitova of Czech Republic in the Tokyo final two weeks ago.

"Apart from the first set of my first match, everything is going very well this week," said Kerber, referring to her 0-6, 6-1, 6-2 first-round win over Monica Niculescu.

The former top-ranked Ivanovic won the event in 2008 and  10 and holds nine more WTA titles, but this will be the Serb s first final of the season.
Ivanovic is 3-1 against Kerber, but the German won their most recent match in straight sets in Tokyo last month. Kerber is eyeing her third career title.

"It wasn t an easy draw for me so I am happy to get though," said Ivanovic, who didn t concede a set in the previous rounds against Yanina Wickmayer, Francesca Schiavone and Dominika Cibulkova. "I am still looking for more consistency."

The opening set against Voegele went with serve until Ivanovic broke her 58th-ranked opponent in the ninth game. Ivanovic dropped serve early in the second set but dominated the remainder of the match.

Voegele upset second-seeded Sloane Stephens of the United States in the quarterfinals.

"I feel better with every round," Kerber said. "Today I was more aggressive than in my previous matches."

The fourth-seeded Suarez Navarro, who hadn t lost a set getting to the semifinals, defeated Kerber in the fourth round of the U.S. Open last month.

Kerber was given a late wildcard entry in Linz to replace Kvitova after the former Wimbledon champion pulled out with a back injury. By reaching the semifinals, Kerber secured the eighth and final spot in the season-ending WTA Championships in Istanbul.