The dilemma of child marriage in Pakistan 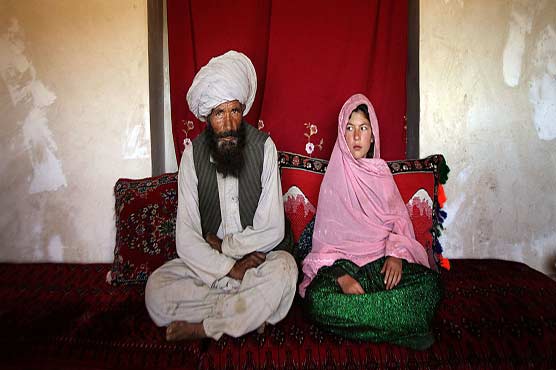 NA proposes an amendment in the child marriage bill.

ISLAMABAD: The National Assembly has yet again proposed an amendment in the Child Marriage Restraint Act 1929, which suggests an increase in the punishment of those who are found guilty of underage child marriage.

The amendment was proposed by Mutahida Qaumi Movement (MQM) MNA Kishwar Zehra. The MNA proposed that the sentence of those found guilty must be increased from one month to three years. Moreover, the imposed fine should be raised from Rs 1,000 to Rs 300,000.

The amendment will be reviewed by the Council of Islamic Ideology (CII), which rejected a similar amendment in the Child Marriage Restraint Act 1929 proposed by Pakistan Muslim League Nawaz (PML-N) MNA Marvi Memon. The CII is responsible for reviewing and deciding the matters related to the Islamic Sharia.

“The CII is a constitutional forum and it has the right to review the bill, which is related to the Sharia,” the Minister for Religious Affairs said while addressing the NA.

“I do not agree with the CII’s viewpoint. Similar amendments, such as the one moved by Marvi Memon earlier, have also been turned down by the CII, so there is no use of sending the bill to them,” MQM’s Kishwar Zehra stated while addressing the Minister for Religious Affairs Sardar Yousuf.

Previously, Marvi Memon of the Pakistan Muslim League-Nawaz suggested multiple changes in the Child Marriage Act 1929. Her suggestions were ‘shot down’ by the National Assembly Standing Committee on Religious Affairs and were declared ‘un-Islamic’. The minimum legal age of marriage in Pakistan, under law, remains 16 years.

“Girls can be eligible for marriage after the age of nine years, if they attain puberty and the same is usually 12 years for boys. Anything contrary to the life of the Holy Prophet (peace be upon him) is unacceptable.

He married Hazrat Aisha (R.A) when she was six years old and her ‘rukhsati’ was held at the age of nine,” Inamullah, chief research officer for the Council of Islamic Ideology (CII) stated while reading the decision of the CII on the proposed changes.

Talking about CII’s ruling on the Child Marriage Act 1929, Dr Sajjad said that the response given by the CII is a major blow towards the underage marriage crisis in Pakistan.

“The CII’s response is a blow to all that we have been advocating for years against early marriages,” said Dr Sajjad.

Another prominent surgeon at the Koohi Goth hospital, Dr Suboohi Mehdi, believes that illiteracy and cultural backwardness has propagated the disease in isolated areas of the country.

“When a mere child becomes a mother, her bones are weak and the nutrition of the mother-to-be is not taken care of in this male-dominated society. Together, with fewer or no health facilities in their areas, the tradition of home deliveries where pregnancy-related complications cannot be diagnosed in time and traditional birth attendants unable to handle such deliveries has resulted in high maternal morbidity and even deaths.” said Dr Mehdi.

Recently, the Senate passed a bill which declares child pornography, trafficking and sexual assault against minors a punishable crime. If convicted, the accused will face up to seven years in prison. Moreover, child pornography has been deemed as a crime in the state of Pakistan.

This is the first time that a bill has been passed that criminalizes child abuse in Pakistan. Previously, only rape was criminalized under the law.

The Senate bill is indeed a small step forward in the child abuse tragedy that has been haunting Pakistan for decades, yet, it is a step towards eradicating an illness that was in the dark for so long.

Scarring innocent minds: the horrors of child abuse in Pakistan

"People scare me," the voice of a seven year-old in Peshawar

Indian teenager dies after being raped and set on fire