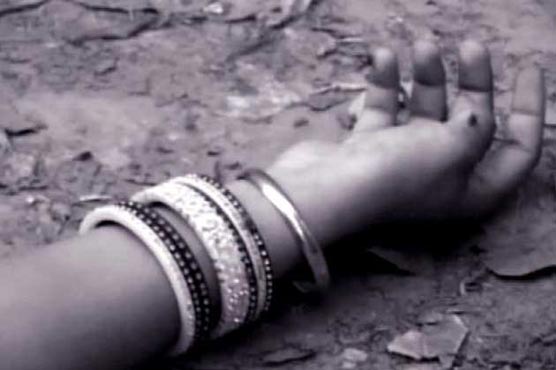 The bill was tabled in the Senate by Pakistan People’s Party (PPP) Senator Sughra Imam in February 2014. The bill asked for amendments in Pakistan Penal Code 1860, Qanoon-e-Shahdat Order 1984, and the Code of Criminal Procedure 1898 to ensure that such crimes are reported and culprits are brought within the ambit of law.

While shedding light on the grave situation of honor killings in Pakistan, Senator Imam said that the existing laws and cultural norms are the reason that most of the cases are not reported, and even within the registered cases the conviction rates of the accused are terribly low. Senator Imam added that honour killings are common throughout the country especially in the rural areas, claiming the lives of hundreds of women and men every year. The senator insisted that the bill does not only aim to protect women but also men against such monstrous crimes.

According to Human rights Commission of Pakistan (HRCP), 1276 incidents of honour killings were reported in the country in the period of feb 2014-Feb 2016 and the FIR was filed in only 400 cases. The original number of such cases is even higher as most of the cases go unreported mainly due to cultural taboos and poor police and judicial system.

Chairman Senate Senator Raza Rabbani asked the government to place the honour killing bill in the joint sitting of parliament. A day earlier, Chairman Pakistan People’s Party (PPP) Bilawal Bhutto urged the government to pass the bill from the lower house of the parliament. He added that it was a dream of his late mother Benazir Bhutto to empower the women of Pakistan. He commended the effort of PPP senators for crafting the land mark bill but also called out on the hypocrisy of Pakistan Muslim League-Nawaz (PML-N) government for holding the bill in pending for over a year.

A resolution was moved in Senate to pay tribute to two-time Oscar winner Sharmeen Obaid Chinnoy, in response to which Chairman Senate Raza Rabbani asked the movers of the resolution to include the names of other brave women who are never acknowledged for their struggle to fight the societal taboos.

Sharmeen Obiad Chinnoy on February 28 won her 2nd the Oscar for her short documentary film “A Girl in the River: The Price of forgiveness”, which follows a story of an 18-year girl who survived an honour killing attempt by the people in her village. Ms. Chinnoy won her first Oscar for her documentary film “Saving Face” which highlights the plight of Acid-violence survivors in Pakistan.

Prime Minister Nawaz Sharif held a special screening of the film “A Girl in the River” and while praising Ms. Chinnoy’s effort he vowed to amend the laws that allow such practices.

Last week, the Punjab Assembly passed the “Protection of Women against Violence Bill” which lays out strict laws against domestic violence. The bill caused uproar from the conservative sections of the society. The Jamiat-Ulema-e-Islam Chief Maulana Fazal-ur-Rehman declared the bill as “unconstitutional” and contrary to the Islamic values and even threatened to start a movement if the government doesn’t withdraw the bill.

Today, Council of Islamic ideology (CII) regarded the bill as against the constitution and even two-nation theory. It is reported that CII is expected to write its recommendations on the bill after comprehensively reviewing it.