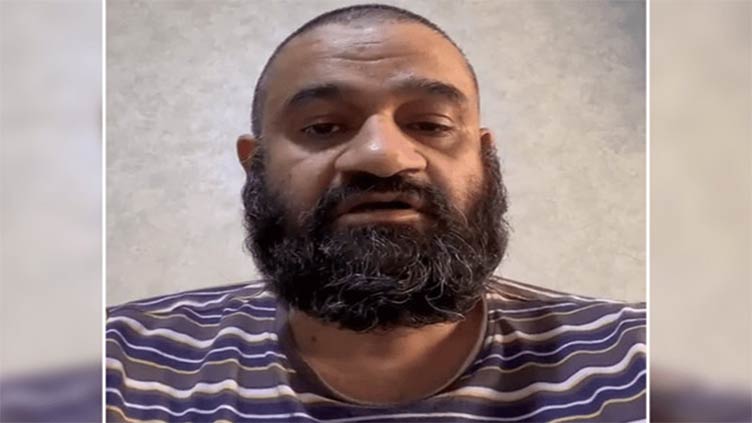 ISLAMABAD (Dunya News) – A Pakistani merchant who was allegedly sold a watch possessed by Pakistan Tehreek-e-Insaf (PTI) Chairman Imran Khan on Thursday said that he neither bought watch from Imran Khan nor he had any link to him [Mr Khan].

Denying the claims of buying a watch, merchant Muhammad Shafiq said that the official stamp of his shop had been misused [for creating a spurious sale receipt].

He further said that he had been patiently waiting for the issue to settle down but he faced  the music  adding that if he was dragged into it, he would take a legal action against the party.

Earlier, the PTI claimed that the watch – Mr Khan received as state gift from Saudi crown prince Muhammad Bin Salman – had been sold following the procedure outlined in the law adding that the receipts of sale had also been submitted to Toshakhana, a treasury where state gifts are kept.

Last month, Umar Farooq Zahoor, a Dubai-based businessman claimed that the watch was sold to him for almost $2million.

Mr Bukhari added that college students could also create audio like this. Zulfi went on to say that he is even prepared to pay for the forensic analysis of the alleged audio on his own behalf.

A few hours ago, an alleged audio of PTI leader Zulfi Bukhari and former prime minister Imran Khan’s wife Bushra Bibi has surfaced on social media, wherein she is asking him to sell some of the watches no longer in use of the PTI chairman.

In the purported audio, Mr Bukhari can be heard greeting Bushra Bibi and calling her “Murshid”. In reply, she asks about the caller’s wellbeing. She can also be heard saying that she has some watches of the former premier and that she wants him (Bukhari) to sell these as they are no longer in use. Mr Bukhari said he will sell these.

It is pertinent to mention here that an expensive priceless Graff watch worth at least 7.5 million Dirhams gifted by Saudi crown prince Muhammad Bin Salman to former Prime Minister Imran Khan was sold by Shahzad Akbar in a secret mission to Dubai businessman Umar Farooq Zahoor.

The millionaire businessman Umar Farooq Zahoor has full evidence to prove that he bought the rare Graff watch from Shahzad Akbar and three other Toshakhan gifts for 7.5 million Dirhams (AED 7,500,000 - Seven Million and Five Hundred Thousand Dirhams) in cash.

The businessman said he was later on blackmailed and fake cases of money-laundering were registered against him by the Federal Investigation Agency (FIA) under Shahzad Akbar after he refused to listen to demands made by his former wife Sophia Mirza (Khushbakht Mirza) through the former accountability minister.

Umar Farooq Zahoor, who is Ambassador at Large for the Republic of Liberia, said when he met Shahzad Akbar and saw the gifts, he was instantly interested because these items are rare and priceless.

“After verifying the authenticity of the items, I didn’t negotiate the price. I paid whatever I was asked for as these gifts are priceless. As soon as the payment was made, Shahzad Akbar thanked me for buying the Toshakhana gifts and requested that I don’t speak about this matter to anyone. I agreed.”