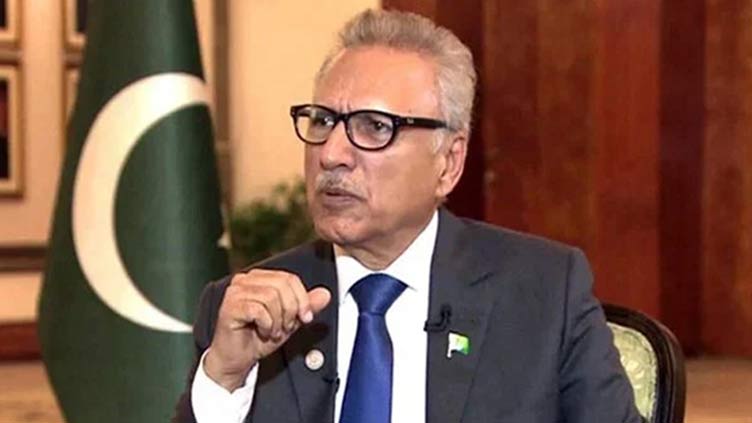 ISLAMABAD (Dunya News) – President Dr Arif Alvi on Wednesday while urging all stakeholders to solve all problems through talks hoped that the new Army Chief will reduce lack of trust between institutions.

The president said, “I would have told Pakistan Tehreek-e-Insaf (PTI) chairman and former prime minister Imran Khan not to quit assembly had he consulted him, adding that there was no doubt that he is the most popular leader right now.”

Regarding the army chief’s appointment, Alvi said he consulted Imran Khan after receiving summary and the appointment was made on merit.

"Democracy has matured in Pakistan and there is no chance of martial law in Pakistan."

The president also praised the Pakistan Army’s decision to remain apolitical, saying the decision will help enhance its prestige in the long term.