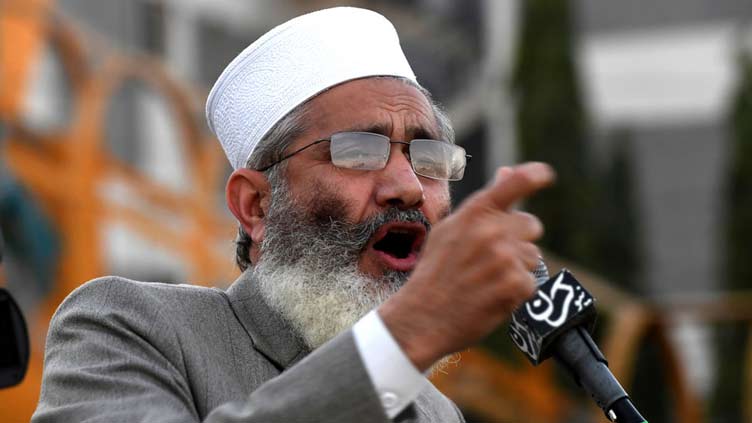 Addressing a rally in Tandlianwala on Sunday, he said that if given chance, the JI will bring the corrupt under the law.

All political parties are fraud as they continue to deceive people in the name of bread, clothes and home (“Roti”, “Kapra” aur “Makan”) and some parties betrayed masses with change “Tabdeeli” but they now stand exposed in front of public, he said.

The JI chief also alleged that all political parties have been disloyal to the ideology of Pakistan, adding that the politicians are going to bow down to America but his party will bring Dr. Aafia back from America.

Sirajul Haq went on to say that the Pakistan Democratic Movement (PDM) and Pakistan Tehreek-e-Insaf (PTI) couldn’t even once talked about Occupied Kashmir with Indian PM Narendra Modi but the JI will liberate the occupied valley.

“Every single person of Pakistan is now under the debt of Rs270,000, while Rs5000 billion are plundered every year in Pakistan,” he said and added only Jamaat-e-Islami can make Pakistan corruption-free.