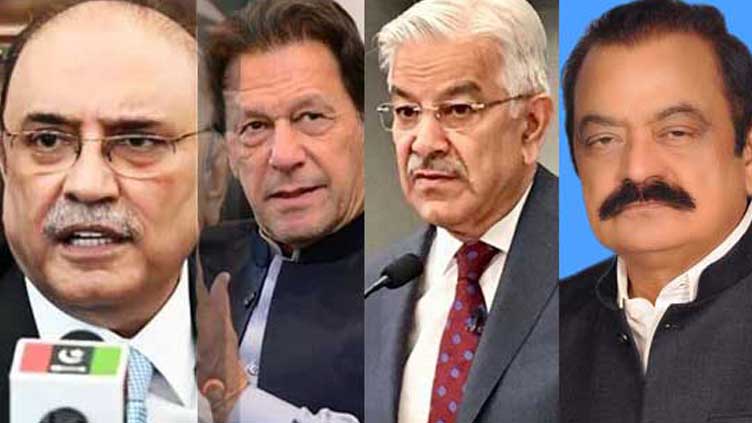 Earlier today, in an important meeting held at the Aiwan-e-Sadr, in which Finance Minister Ishaq Dar and President Dr. Arif Alvi discussed overall political situation in the country and key appointment.

The finance minister also briefed the president on various steps taken by the government to provide relief to the general public, particularly the unprivileged population and the flood-affected people.

According to the sources, discussions were held on reducing the ongoing tension between the government and Pakistan Tehreek-e-Insaaf (PTI), while Ishaq Dar informed about the PDM government s position on the current situation and the developments in the next few days were also discussed in the meeting.

The meeting also discussed resolving political issues through understanding, while the Minister also conveyed an important message of Prime Minister Shehbaz Sharif to the President.

Dar gave a message that the President should play a role for mutual respect and political moderation and there should not be a deadlock on constitutional and legal issues.

President Alvi said that the political affairs can be resolved only in a better environment and legal and constitutional sphere. On this occasion, the demand of former PM and PTI chairman Imran Khan on behalf of the President of the State was placed before Ishaq Dar.

In a special conversation with private TV, the defence minister was asked to give another date as to when the process would start for the appointment because according to the latest information, the government has not yet received the summary, to which Kh Asif replied that tomorrow is the weekend and this process will start from Monday.

Kh Asif went on to say that the new Army Chief’s name would be announced next week and with Almighty Allah’s grace ceremony will be held on November 29.

“For the past several months, Imran Khan has been trying hard to make this issue controversial for his own interests,” he said.

On the other hand, Interior Minister Rana Sanaullah Khan said the appointment of next army chief would be decided in few days.

He said, "the prime minister has the constitutional authority to exercise his power to appoint the army chief".

He said the consensuses have been made for the appointment and the process will be initiated very soon adding "in my opinion, any further delay in the key appointment will not be appropriate".

Replying to a question regarding consultation with coalition parties on the key appointment, he said the prime minister can discuss but the deciding authority rests with him.

Rana Sanaullah said the agenda of Pakistan Tehreek-e-Insaf (PTI s) long march to influence the army chief appointment has been failed. PTI chief Imran Khan s narrative was based on lies and baseless accusations on political opponents, he added. "It is not a suitable time to conduct early elections and Imran Khan knows very well that general elections would be held on its scheduled time," Rana Sanaullah said.

Meanwhile, former President and President of Pakistan People’s Party (PPP) Asif Ali Zardari has said that Prime Minister Shehbaz Sharif will appoint the new Chief of the Army Staff (COAS) in line with the law and the Constitution.

According to the spokesman for the Bilawal house, here, on Friday, Asif Ali Zardari said that “they strongly believe in the system of promotion in the Pakistan Army”.

He said that all the “three-star generals are equal and they are fully able to lead the Pakistan Army”. He was of the view that the matter of new COAS appointment must not be “politicized” at any cost, which could cause “damage to the institution”.