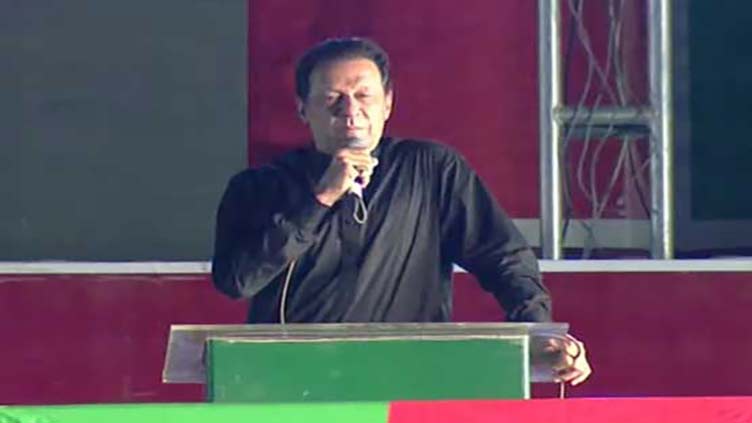 The former prime minister criticized the current government and said that robbers leave the country after looting money and return with NRO. Describing Karachi as the economic hub of Pakistan, the PTI Chairman [Imran] said that when Karachi faces challenges, Pakistan has to suffer.

Giving his take on inflation, the former prime minister [Imran Khan] said that the current government has broken the records of the last 50 years in terms of ballooning inflation.

Saying that it is up to the public to decide the country’s fate, the PTI chief reiterated that history would not forgive those who allowed looters to come to power. Lambasting Prime Minister Shehbaz, Imran said that no chief executive except him [Shehbaz] can talk about ‘slavery’.

The former premier posed a question for the Muttahida Quami Movement-Pakistan (MQM-P) and said, "Whether MQM-P is happy by standing by the side of Asif Ali Zardari". Giving his call to the people of Sindh, Imran said that after the long march, he would go to Sindh and free the people of the province from the Zardari mafia.

Talking about his [Imran’s] government’s performance during the coronavirus outbreak, the former prime minister cited a World Bank report saying that Pakistan was the highest provider of employment opportunities during Covid-19. He further said that the global institutions have praised the PTI government’s policies on the pandemic.