Imran Khan has damaged Pakistan's relations with the US: PM 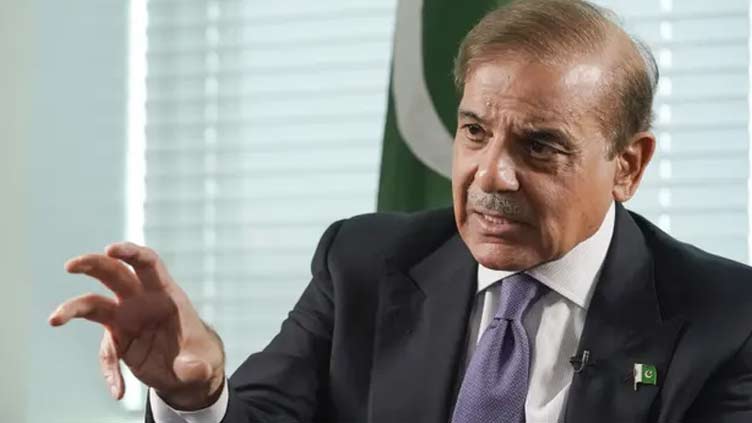 Imran Khan has damaged Pakistan's relations with the US: PM

Imran Khan has damaged Pakistan’s relations with the US, says PM

ISLAMABAD (Dunya News) – Prime Minister Shehbaz Sharif has said that the policies of his predecessor Imran Khan based on ‘lies and cheat’ have left the country’s economy in ruins.

In an interview with the British newspaper The Guardian, Shehbaz Sharif Sharif spoke of the “damage” that Khan, the former prime minister who ruled Pakistan from 2018, had done to the country in both domestic and foreign affairs.

According to The Guardian, as Pakistan’s economic turmoil continued, Sharif called Khan “a liar and a cheat” whose policies had left the economy in ruins.

Sharif accused Khan, who ran on an anti-corruption manifesto, of conducting the country’s affairs to suit his own personal agenda “in a manner which can be only described as the most inexperienced, self-centred, egotistical, immature politician in the history of this country”.

Khan was found to have violated the constitution in an attempt to stop the vote from going ahead, and he also threatened to impose martial law rather than hand over power to the opposition coalition, the Guardian mentioned.

The audio leaks allegedly captured Khan discussing how to fabricate a conspiracy about a foreign threat, with him heard saying they would “play with the cable”.

PM Sharif said the leaked audios were “an irrefutable endorsement that he [Khan] is the biggest liar on the face of the earth. I’m not saying this with a sense of glee but a sense of embarrassment and concern. My country’s image has been damaged hugely by these lies told out of mean personal interest.”

“Never before was I concerned about our country’s future,” said Sharif. “Imran Khan has injected an infinite amount of poison in this society and made it hugely polarised as never before … he is distorting facts and creating hate.”

The prime minister deliberated upon his efforts to rebuild relations with several of Pakistan’s foreign allies, which were seen to nosedive after 2018.

Sharif said he had been “shocked” at the UN general assembly in New York earlier this month when several world leaders, who he refused to name, had personally raised Khan’s conduct.

“Some leaders told me in person about his personality,” said Sharif. “They told me he was rude, he told lies and he is a ‘narcissist’, quote unquote.”

“Khan has damaged Pakistan’s relations with the United States for no rhyme or reason,” said Sharif.

Sharif also made it clear he would be reaffirming Pakistan’s close relationship with China, which reportedly suffered under Khan after he stalled the China-Pakistan Economic Corridor (CPEC).

He vowed to continue with the project, describing China as “one of the most trusted friends of Pakistan”.

“Make no mistake, CPEC is a project which is not only good for Pakistan’s wellbeing but for the whole region,” he said.

On the involvement of former prime minister Nawaz Sharif in his government, he said: “Of course, I consult Nawaz, he is my leader and my older brother,” he said. “But he has given me completely free rein to make decisions.”

Sharif vehemently rebuffed the criticism of Imran Khan against the politics of Maryam Nawaz as ‘dynastic’. “It’s about competence: it’s about public support, it’s about people’s trust,” he said. “It’s not about dynasty.”