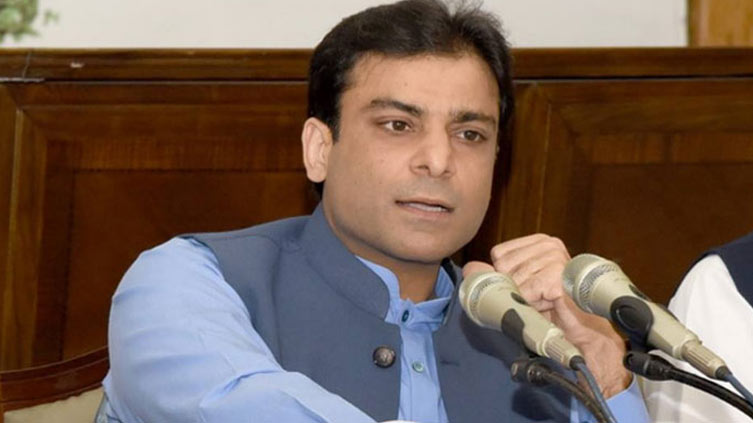 Hamza said that Imran's politics only spreads chaos and anarchy.

LAHORE (Dunya News) - Former Punjab Chief Minister Hamza Shahbaz has attacked the former Prime Minister and Pakistan Tehreek-e-Insaf (PTI) Chairman Imran Khan after his alleged audio has been leaked in which he could be heard talking about a cypher message with his key aide Azam Khan.

Member Punjab Assembly, Hamza went on to say that with this act of Imran, Paksitan’s international relations have been badly affected. He said that Imran’s stance on conspiracy was a "selfish act".

He also said that Imran’s politics only spreads chaos and anarchy.

Hamza further said that Imran Khan has gambled with Pakistan’s political interests and "he (Imran) has put up false allegations on the institutes in greed of power."

In the alleged conversation, Imran Khan could be heard saying that we just have to play with it without naming United States.