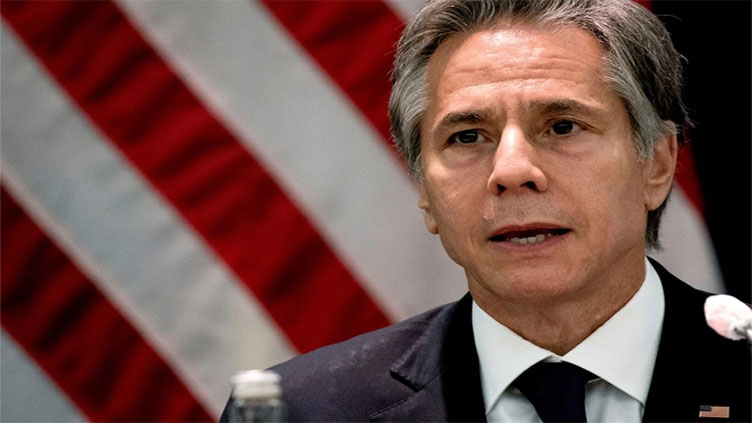 Antony Blinken said that the package was for maintenance of Pakistan's existing fleet.

WASHINGTON (AFP) - US Secretary of State Antony Blinken on Tuesday defended military sales to Pakistan after withering criticism from growing US partner India, which considers itself the target of Islamabad s F-16 planes.

Blinken met in the US capital with India s foreign minister a day after separate talks with his counterpart from Pakistan.

The top US diplomat defended a $450 million F-16 deal for Pakistan approved earlier in September, saying the package was for maintenance of Pakistan s existing fleet.

"These are not new planes, new systems, new weapons. It s sustaining what they have," Blinken told a news conference with his Indian counterpart, Subrahmanyam Jaishankar.

"Pakistan s program bolsters its capability to deal with terrorist threats emanating from the region. It s in no one s interests that those threats be able to go forward with impunity," Blinken said.

Jaishankar did not criticize Blinken in public. But on Sunday, speaking at a reception for the Indian community in the United States, Jaishankar said of the US position, "You re not fooling anybody."

"For someone to say, I m doing this because it s for counter-terrorism, when you re talking of an aircraft like the capability of the F-16, everybody knows where they are deployed," he said, referring to the fleet s positioning against India.