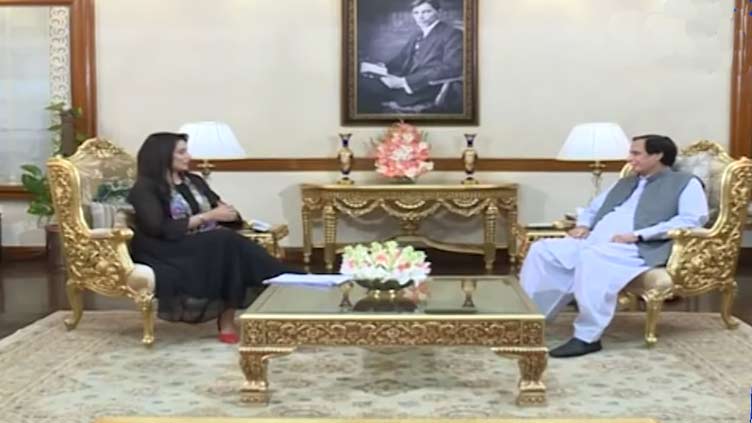 Zardari, Sharif brothers at the forefront of ruining the country, says Pervaiz Elahi

In his first interview with Dunya News after assuming office of the Punjab Chief Minister, he said that the country was heading towards becoming a welfare state under the leadership of Imran Khan.

The Punjab chief minister said that the change in the province will be visible, adding that the access to the Ehsaas program has been made easy so that no one is inconvenienced and the financial assistance has also been increased from Rs1,000 to Rs1,500.

Regarding cabinet, Elahi said that there was no disagreement and the provincial government will deliver. The Chief Election Commissioner (CEC), he said is doing strange things, adding that he is making things difficult.

The Punjab CM went on to say that he contacted the governor himself on the issue of oath taking and he did not talk to anyone except the governor.

Regarding PPP co-chairman Asif Zardari, Pervaiz Elahi said that he has caused a lot of damage and he will never talk to him. “I spent 22 years with the Sharifs but they didn’t let me deliver therfore, I left them,” he said and added trusting them [Sharifs] is forbidden in my books, whereas, entering in an alliance with the PTI was my and Moonis Elahi’s decision.