Shahbaz Gill detained in case lodged against him by the state: Rana Sanaullah 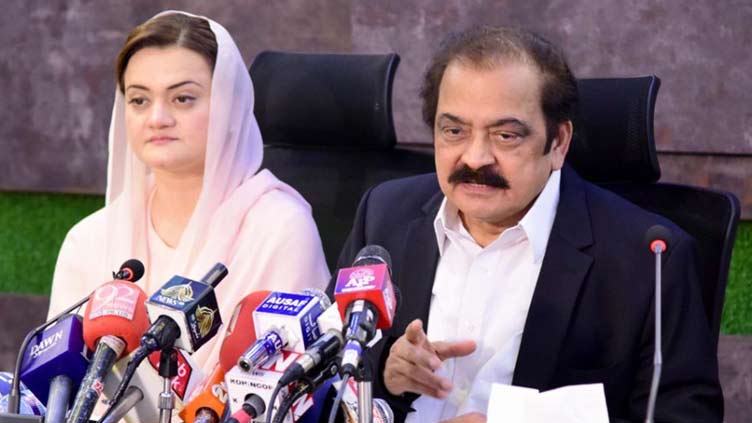 Shahbaz Gill detained in case lodged against him by the state: Rana Sanaullah

Shahbaz Gill detained in case lodged against him by the state, says Rana Sanaullah

ISLAMABAD (Dunya News) – Minister for Interior Rana Sanaullah said on Tuesday that former prime minister and Pakistan Tehreek-e-Insaf (PTI) chairman Imran Khan’s chief of staff Shahbaz Gill was arrested in a case lodged against him by the state.

Addressing a press conference in Islamabad on Tuesday flanked by Minister for Information and Broadcasting Marriyum Aurangzeb, he said that the case was registered on behalf of the state in Islamabad.

He said it is very clear that Shahbaz Gill promoted the narrative of maligning the armed forces in connivance with the private TV channel. He said a malicious campaign was launched on the social media after PTI s leadership was exposed in foreign funding and Tosha Khana cases.

Rana Sanaullah said a whole script was prepared under the direct supervision of PTI Chief Imran Khan. He said Shahbaz Gill and PTI leader Chaudhry Fawad Hussain were tasked to further this narrative through the private TV channel. He said Shahbaz Gill s provocative comments were broadcast more than once against a disciplined institution. He said it has become very obvious that Imran Khan wants to divide the nation and mislead youth of the country.

Regarding the security arrangements from first to 10th of Muharram, Rana Sanaullah said the federal government provided utmost cooperation to all the provincial governments, including that of Azad Kashmir and Gilgit-Baltistan.

He said around 7,000 processions and over 50,000 majaalis took place across Pakistan and culminated peacefully.

The Interior Minister said that over 16,000 Rangers performed their duties across the country.

He said today on the 10th of Muharram 1,431 processions were taken out and 80 percent of them have been peacefully culminated at their designated destinations. He said no untoward incident has been reported anywhere in the country.