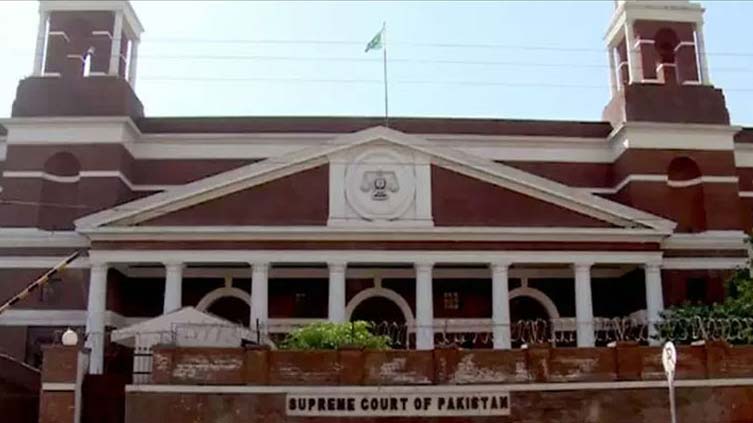 The case has been heard by a three-member bench headed by Chief Justice Umar Ata Bandial.

LAHORE (Dunya News) - A three-member bench of the Supreme Court of Pakistan headed by Chief Justice Umar Ata Bandial has summoned Deputy Speaker Punjab Assembly after PTI and PML-Q filed petitions against the victory of Hamza Shahbaz during the election for CM Punjab on Friday.

The Chief Justice of Pakistan had constituted a bench on Tuesday to hear Pakistan Muslim League-Quaid (PML-Q) leader Chaudhry Parvaiz Elahi’s plea against the rejection of PML-Q votes by the Deputy Speaker in the Punjab Assembly (PA) Session of Punjab Chief Minister Election.

During the hearing, the chief justice remarked that there is nothing in their decision that the deputy speaker mentioned during the assembly proceedings. "We are here to learn and will summon the deputy speaker so that he could identify the paragraph from the apex court’s decision which he used to decide on the matter," he said.

The court later adjourned the hearing for 2:00 pm.

Pervaiz Elahi filed the petition against the ruling of Deputy Speaker Punjab Assembly Dost Mazari and Hamza Shahbaz along with the Chief Secretary are parties in the case.

Earlier on Saturday, the Supreme Court’s (SC) Lahore Registry was opened at midnight after the election of the Punjab Chief Minister.

Pervaiz Elahi, who was the joint candidate of Pakistan Tehreek-e-Insaf (PTI) and PML-Q for the post of Punjab Chief Minister, reached the Supreme Court’s Lahore Registry along with lawmakers of both the parties to file the petition.

The petition against the Deputy Speaker Punjab Assembly ruling was filed on behalf of Chaudhry Pervaiz Elahi which was received by the deputy registrar Supreme Court’s (SC) Lahore Registry Ijaz Goraya.