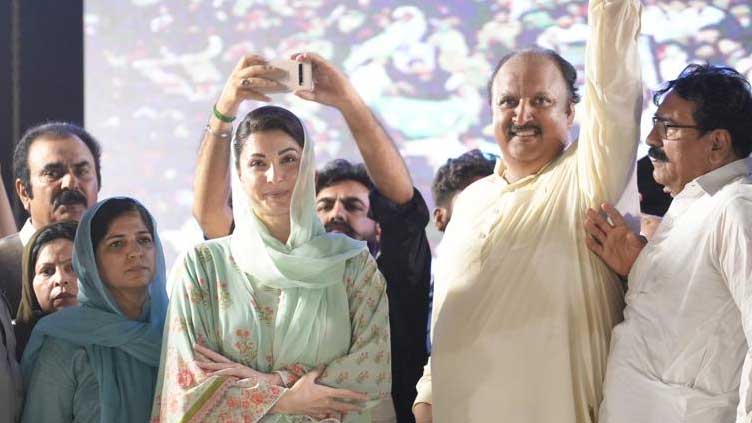 Addressing a rally in Chichawatni’s constituency PP-202 in connection with the by-elections, she said that the people have won her heart by giving her a warm welcome.

The PML-N vice-president said that the petrol and diesel prices had to be increased because of Imran Khan and the difficult decisions that were to be taken were made, now the prime minister will soon announce huge relief for masses.

Maryam told the people of Chichawatni that Pakistan was on the verge of bankruptcy because of Khan. "The coalition government took all the tough decisions, which weighed heavily on the people, due to the wrongdoings of Khan in his time," she said, adding that the PML-N was not hiding despite rising inflation, rather, it stands with the nation.

"The people of Chichawatni have proved that they have rejected Khan," she said, adding that supporters chanted slogans in favor of the PML-N.