Deal will be finalized if no new conditions set by IMF: PM Shehbaz 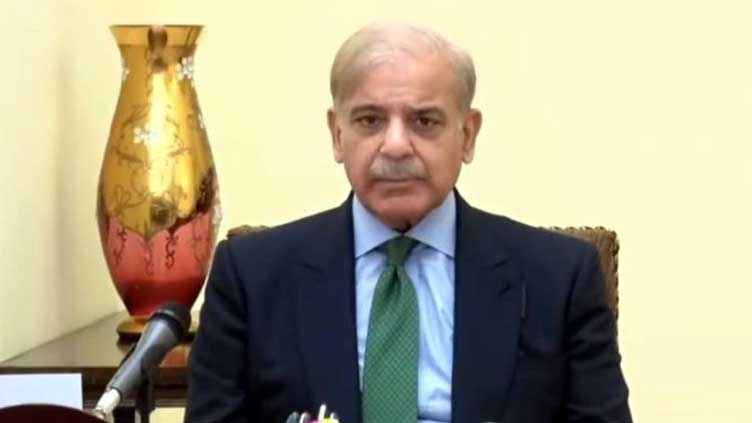 Deal will be finalized if no new conditions set by IMF: PM Shehbaz

ISLAMABAD (Dunya News) – Prime Minister Shehbaz Sharif said on Thursday that the government has reached agreement with the international lender and deal will be finalized if no new condition is set by the IMF.

Addressing the Senators of the Pakistan Muslim League-Nawaz (PML-N) on Thursday, he said, “We shouldn’t be dependent on China and Saudi Arabia for long instead we will have to stand on our feet.”

The premier said that the conditions have been finalized with the International Monetary Fund (IMF) and reiterated that government will honor its commitments with the international lender, adding that the prices of oil and gas in the country will be as per international market.

He said former PM Imran Khan did not honor its commitments with the IMF and now nation is suffering due to their mistakes.

He said the coalition government has decided to complete its tenure and will take tough decisions to put the country on path of development as the difficulties are yet to come but we have to think beyond our personal interests.

Shehbaz Sharif said that the previous government didn’t think about masses during its tenure, adding that we were of the view that we will go to polls after introducing electoral reforms but now the coalition partners have jointly decided to complete its 14 month tenure.

The PM said, “Imran Khan laid landmines for the new government, adding that no funding was given by the previous government to reduce fuel prices, adding that they faced many challenges after coming into power.”

“We will have to take important steps to improve nation’s situation,” he said and stressed the need for strengthening the national economy by taking effective steps.

He said the forefathers of the sub-continent had rendered immense sacrifices to establish a separate homeland to lead a comfortable life. However, he said during 73 years, all governments including civil and military, could not help this dream get materialized.

PM Shebhaz Sharif went on to say that the government has reached agreement with the international lender and deal will be finalized if no new condition is set by the IMF.