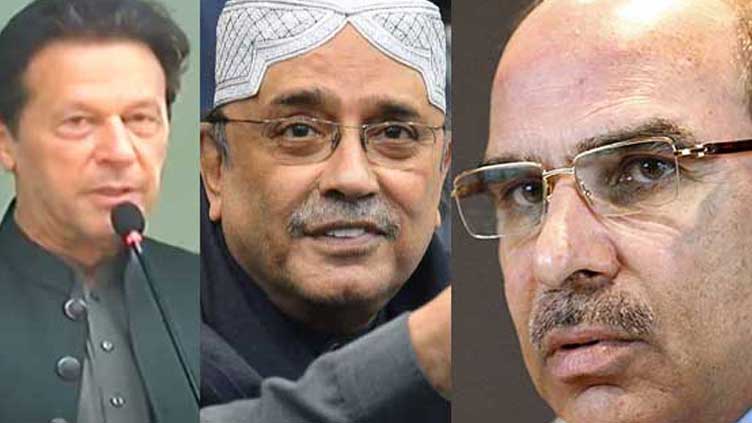 The real-state tycoon’s telephonic conversation with the PPP co-chairman was leaked in which he could be heard giving the ex-president the message of PTI Chairman Imran Khan.

The audio’s date and time have not been confirmed yet, but Malik Riaz could be heard saying that Khan has requested him to mediate between the two political leaders.

Transcript of the audio:

"Hello," says Zardari while picking up the phone.

The former president asked the businessman for the reason of his phone call.

"Sir, I just wanted to inform you about a matter that I have told you about before. I had told you that I wanted to talk to you about something and you told me that we would discuss it later," Riaz can be heard saying.

At this, Riaz said: "Yes, that’s fine, I just wanted to bring this matter to your notice."