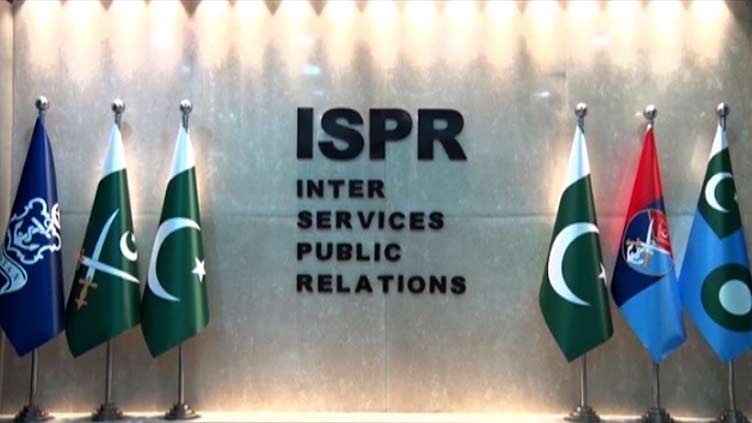 The Indian court, officially convicted Yasin Malik on May 19 in cases registered against him over three decades ago and fixed the hearing for Wednesday to announce the quantum of the sentence.

The National Investigation Agency had demanded the maximum punishment, the death penalty, while the defence pleaded for life imprisonment.

The ISPR in its latest Tweet said, “Pakistan strongly condemns life sentence awarded to Yasin Malik on fabricated charges. Such oppressive tactics cannot dampen the spirit of people of Kashmir in their just struggle against illegal Indian occupation. We stand with them in quest for self-determination as per UNSCRs.’

“Today is a black day for Indian democracy & its justice system. India can imprison Yasin Malik physically but it can never imprison idea of freedom he symbolizes,” the Prime Minister remarked in a tweet posted on his social media account.

Earlier, the Indian Charge d’ Affaires (Cd’A) was called to Pakistan’s Ministry of Foreign Affairs and handed over a demarche conveying Pakistan’s strong condemnation on the framing of fabricated charges against Malik, who is currently imprisoned at Tihar jail by the Indian authorities.

According to the FO spokesperson, the Indian diplomat was conveyed Pakistan’s grave concern that in a bid to suppress the voice of the indigenous Kashmiri leadership, the Indian government had resorted to implicating them in fictitious and motivated cases.

The Indian side was also conveyed Pakistan’s deep concern over Malik’s incarceration in Tihar Jail since 2019 under inhuman conditions. The brutal treatment meted out to him despite his chronic ailments and denial of decent health care facilities had resulted in steep decline in his health, he said.

Pakistan also called upon the government of India for acquittal of Malik from all baseless charges and immediate release from prison so that he could be reunited with his family, recuperate his health and return to normal life.

“India can never silence Kashmiris’ voice for freedom and self-determination. Pakistan stands with Kashmiri brothers and sisters (and) will continue to provide all possible support in their just struggle,” he wrote on Twitter.