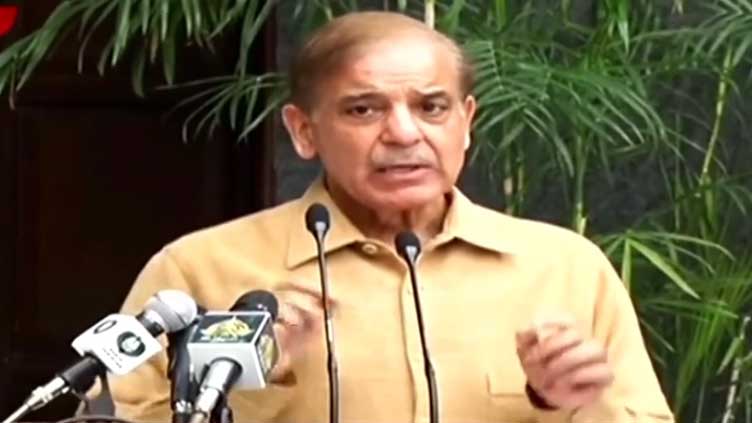 KARACHI (Dunya News) – Prime Minister Shehbaz Sharif said on Friday that former PM and Pakistan Tehreek-e-Insaf (PTI) chairman Imran Khan has laid a trap for the next government and reduced petroleum prices fearing no-trust move, while the new government suffer a setback at the outset but now the sacrifice has to be made.

Addressing a gathering of businessmen in Karachi on Friday, he said that he has not come for political point scoring but to know the solution of the real problems. He said coalition partners have chosen him as the candidate for the premiership, adding that electricity projects were started during PML-N government’s tenure.

Shehbaz Sharif said that ban on the import of luxury and non-essential items would not only save $4 billion but also support the local industry besides addressing the social imbalance.

“The objective of banning (import of luxury item) – for a specific time – is to save foreign exchange and bring stability. If we save $4 billion, this can meet our whole edible oil needs… This is like earning $4 billion,” the prime minister said.

He said the poor people living in Gilgit Baltistan, Khyber Pakhtunkhwa or Balochistan, struggling for their bread to eat, medicine to treat illness and clothes to wear, would feel neglected to see the elite enjoying the imported luxury goods. However, this ban on the import of such items would address that social imbalance.

He said as this import ban would support the local industry, there was also a need to cap the prices of those items under a certain formula.

The prime minister also urged the business community to suggest solutions to the prevailing economic situation.