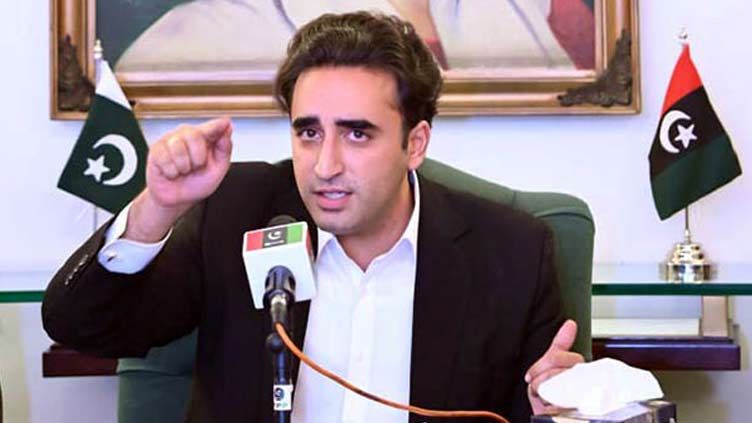 ISLAMABAD (Dunya News) – Foreign Minister Bilawal Bhutto Zardari has asked the United Nations Security Council to take immediate cognizance of the grave implications of the illegal ‘delimitation’ of IIOJK by India, calling it India’s sinister ploy to reducing the representation of Muslims.

As part of Pakistan’s ongoing efforts to internationally highlight the alarming situation in the Indian Illegally Occupied Jammu & Kashmir (IIOJK) in the wake of India’s illegal and unilateral actions of 5 August 2019, the foreign minister addressed the letter to the President of the UN Security Council and the UN Secretary-General on illegal “delimitation” exercise in IIOJK by India.

The letter apprises them, in particular, of India’s sinister ploy of reducing the representation of Muslims through the unlawful ‘delimitation’ exercise in IIOJK.

The foreign minister urged the UN Security Council to remind India that Jammu and Kashmir remained an internationally recognized dispute pending resolution, and that India should refrain from bringing about any illegal demographic changes in the occupied territory in contravention to international law, the Geneva Conventions, and India’s own obligations under the relevant UN Security Council resolutions;

He asked the UNSC to compel and counsel India to halt its human rights abuses against the people of IIOJK and cease forthwith the endemic political persecution and economic exploitation of the Kashmiris;

The letter also asked the UNSC to prevail upon India to let the people of IIOJK determine their own future through a free and fair plebiscite under the United Nations auspices as enshrined in the relevant UN Security Council resolutions.

The foreign minister underscored that these illegal measures constituted flagrant violation of international law including the UN Charter and the relevant Security Council resolutions on Jammu and Kashmir dispute, and were ipso facto illegal and null and void.

Foreign Minister Bilawal noted that this was a shameless assault on the identity, fundamental rights of the people, and culture of IIOJK, and was designed to pave the way for installing yet another puppet government in IIOJK that was pliant to BJP-RSS combine, and pandered to its “Hindutva” ideology.

He also underscored that under the garb of this inherently ill-intentioned process, India had attempted to carry out demographic engineering in the IIOJK in a bid to convert Muslim majority constituencies into Hindu-majority ones.

“Through the sham ‘Delimitation’ exercise, it is obvious that India is aiming to speed up the process of demographic changes that it has already set in motion through measures such as doling out of millions of domicile certificates, offering of jobs, and putting up of land in IIOJK for sale to non-Kashmiris, in complete disregard to the international law and relevant Geneva Conventions,” the foreign minister remarked.