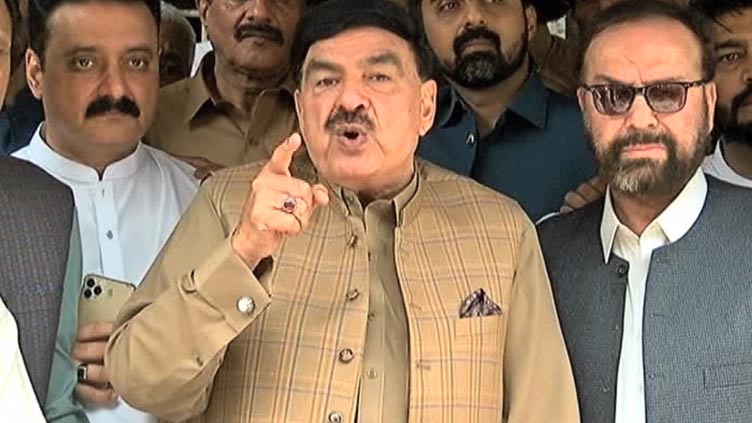 ISLAMABAD (Dunya News) - Former Interior Minister Sheikh Rashid on Tuesday warned that situation in country is worsening and stressed that all matters should be resolved my May 31.

Talking to media persons, Sheikh Rashid said that the incumbent government with in a thin majority and terms early elections the only solution to problems being faced by the country.

This government consists of incompetent people who are facing cases of drug smuggling and money laundering, he alleged.

The former minister also claimed that a conspiracy is being hatch against the country and said that he always prays for peace.

Sheikh Rashid further also warned that upcoming long march of Pakistan Tehreek-e-Insaf (PTI) could turn bloody but reiterated his support for Imran Khan, saying he will stand by him in the long march.

The former interior minister said that the people whose face the public did not want to see have been given power. A date for an election should be finalised within 90 days, he demanded.

A day earlier AMLP chief Sheikh Rashid said that they do not want any confrontation with the institutions but if there is a fight, he will be with Imran Khan in this war.

He said that the former government had some misunderstandings with the institutions which should not have happened. The army is with the democratic government but something happened that the coalition parties left and joined the opposition.

The former federal minister has said that he is not in favor of fighting and still wants reconciliation, adding that he has started efforts this week in this regard but no response has been received so far.