Read the telegram myself, found no evidence of conspiracy: Hina Khar 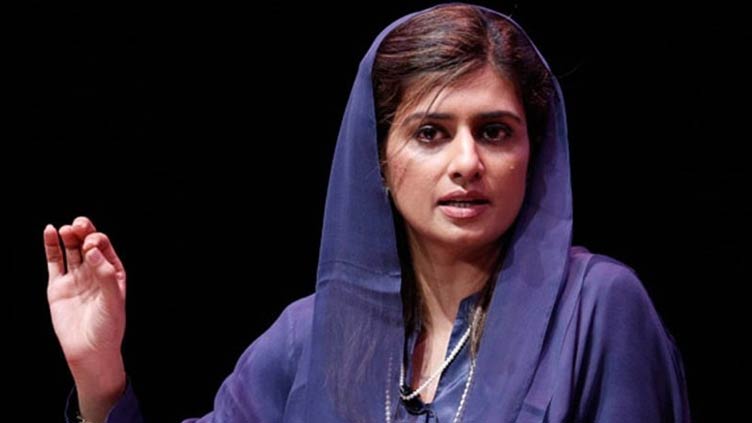 Read the telegram myself, found no evidence of conspiracy: Hina Khar

Read the telegram myself, found no evidence of conspiracy

LAHORE (Dunya News) – Minister of State for Foreign Affairs Hina Rabbani Khar has said that she has read the telegram herself and found no evidence of conspiracy.

Speaking exclusively in Dunya News program Dunya Kamran Khan Kay Sath, he said that an explanation from former ambassador Asad Majeed on the matter was necessary.

Hina Rabbani Khar said that the meeting with Donald Lo was not a delegation level meeting, adding that the meeting also includes diplomatic and non-diplomatic talks and the ambassador had suggested to the Foreign Office to demarche the United States.

The state minister added that Asad Majeed had asked the Foreign Office to question the US ambassador whether it was his government s or one-man policy. The demarche was sent to determine whether the position taken in the meeting by the US official was of an individual or of the government, she added.

Khar said an unnecessary and unprecedented hue and cry was raised and political colour was given to the issue of cipher from the Pakistani diplomat. She agreed that according to the cipher, undiplomatic language was used in the communication held with the US official.

The challenge in this issue was the disinformation with which this issue was amplified, she added. She underlined the need for quiet and effective diplomacy in the interest of the country and not in the interest of a particular individual. She said envoy Asad Majeed explained the content and context of the cipher to the Prime Minister, federal ministers and armed services chiefs during the security committee meeting held on Friday.

The minister said Foreign Office was politicised in the issue of cipher and this should be stopped. “The issue of cipher is overextended,” she said adding the situation was unusual but not unprecedented. She said as foreign minister in the past, she heard use of more harsh language during talks.

She was of the view that the issue should not be pursued further and the resources should be spent on countering the immense diplomatic and economic challenges being faced by the country.

Earlier today, the National Security Committee, after reviewing its contents, the assessments and conclusions by the security agencies, concluded that there had been no foreign conspiracy in the telegram received from Pakistan’s embassy in Washington.

The former Ambassador of Pakistan to the US Asad Majeed Khan briefed the NSC meeting chaired by Prime Minister Shehbaz Sharif on the context and content of his telegram.

“The NSC, after examining the contents of the communication, reaffirmed the decisions of the last NSC meeting,” said a PM Office press release.

The NSC was again informed by the premier security agencies that they had found no evidence of any conspiracy.

“Therefore, the NSC after reviewing the contents of the communication, the assessments received, and the conclusions presented by the security agencies, concludes that there has been no foreign conspiracy,” it added.

On March 27, former Prime Minister Imran Khan, while waving a letter, had told a public gathering that in a meeting with Pakistan’s ambassador, a US government official had threatened Pakistan for repercussions if the no-confidence motion against him failed. However, if Imran Khan is ousted, the United States would forgive all of its wrongdoings.

Citing the very communication, the ex-prime minister had contended that the United States had hatched a regime change conspiracy in Pakistan.