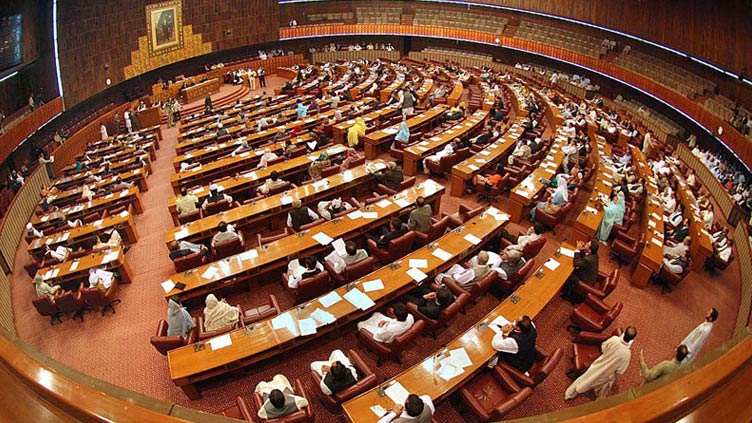 A five-point agenda of the National Assembly meeting to be convened on April 16 has been released, according to which voting on the no-confidence motion against the Deputy Speaker will be held.

In this context, the government and its allies have directed their members to stay in Islamabad on Saturday.

According to sources, the government and members of all allied parties should be ready in the afternoon. The government wants to elect a new speaker in Saturday s session.

It is pertinent to mention here that in the previous session of the National Assembly, Speaker Asad Qaiser tendered his resignations amid an impasse over a parliamentary vote to oust then Prime Minister Imran Khan.

The crucial session of the house began at 10:30 am (11:00 IST) with Speaker Qaiser, a senior member of Khan’s party, in chair. Since then, the session was adjourned thrice for one reason or another.

“I have decided, keeping in view the letter which I’ll share with the Supreme Court, that I can no longer stay at the office of speaker,” Qaiser said. I’ll ask Ayaz Sadiq form the PML-N to come and complete the legal procedure (hold voting on no-confidence motion), he said.

"I have led a long part of my life with Imran Khan. For 26 years I was with him, since my school days. Given the order of the Supreme Court, I resign today. For us Pakistan is first, our country is first. Imran Khan s stand is for the freedom of the country," he said, while tendering his resignation.