Political turmoil: Verdict on suo motu notice to be announced at 7:30pm 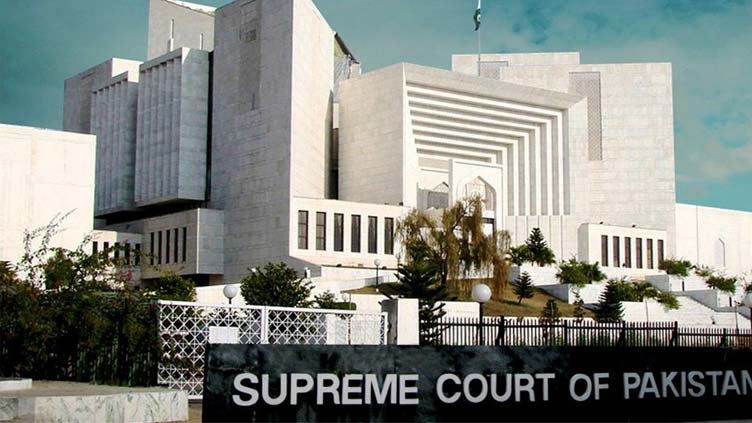 Political turmoil: Verdict on suo motu notice to be announced at 7:30pm

A five-member larger bench of the apex court conducted hearing on the case.

A five-member larger bench of the apex court headed by Chief Justice Umer Atta Bandial will announce the verdict at 7:30pm.

During the hearing, Chief Justice asked PML-N President Shehbaz Sharif to appear before court and remarked that USD has touched Rs190 and country needs a strong government. This will be a difficult takes for Shehbaz Sharif, he added.

Shehbaz Sharif said that our constitution was violated several times in the past not getting punished for those blunders has brought country to current circumstances. If Deputy Speaker’s ruling is nullified, NA and no-confidence motion will be restored, he added.

He also prayed the court to reinstate the National Assembly and allow voting on no-confidence motion.

During the course of hearing, the AGP claimed that the no-confidence motion against Imran Khan was "dismissed" on March 28, when leave was granted to table the resolution. According to him, it was important to show the support of majority at the time of tabling the resolution.

Since the opposition had 161 members in favor of tabling the motion on March 28, the AGP said the move had failed then and there.

Justice Akhtar replied that according to this line of argument, if 172 members (majority) had approved the motion, the prime minister would have been ousted. To this, the AGP said the three to seven days mandated by the Constitution before a final vote on the resolution was to give the prime minister a chance to win back angry lawmakers.

However, the CJP, at this point, said that at the leave grant stage 172 members were not required. "They are required at the time of the voting."

He then added that if the speaker approved the resolution on March 28, then "it’s the end of the topic," noting that the speaker’s counsel said his ruling can’t be reviewed.

Punjab Advocate General brought the court’s attention to the mock Punjab Assembly session held by the opposition on Wednesday where PML-N’s Hamza Shehbaz was declared the new chief minister of the province.

He said that former Punjab governor Chaudhry Sarwar would administer the oath to Hamza at a ceremony at Bagh-i-Jinnah, adding that the PML-N leader had also called a meeting a bureaucrats for today. He contended that the Constitution was a "trivial matter" for the PML-N.

However, the CJP asserted that the apex court would not give any orders regarding the situation in Punjab and advised the counsel to take the matter to the high court.

Meanwhile, Justice Mazhar Alam noted that the doors of the Punjab Assembly were sealed on Tuesday and wondered if this was allowed. However, the CJP reiterated that the court would not divert attention from the case at hand.

Justice Bandial then asked what would happen when an injustice was carried out against the entire assembly, not just one member.

"Can Parliament interfere if there s a conflict between judges," Zafar offered as a counter argument. "The answer is no. The judiciary has to settle the matter. It can t interfere just like Parliament can t [interfere in judges matters]."

The CJP also asked whether the formation of the federal government was an "internal matter" of Parliament.

Justice Miankhel said that the matter at present concerned the no-confidence motion. "A ruling came after the motion. Address this issue," he told Zafar.

At one point, the CJP asked Zafar why he wasn t explaining whether or not there was a constitutional crisis in the country. "If everything is happening according to the Constitution, where is the crisis?" he asked.

Zafar replied that he also wished there was no constitutional crisis in the country.

During the hearing, CJP Umar Ata Bandial asked who the participants were of the PCNS meeting and who briefed them.

Responding to the query, Bokhari said that the national security adviser briefed the meeting.

Justice Mandokhel inquired if the foreign minister attended the meeting or not.

"It seems like the FM wasn’t present at the parliamentary committee’s meeting," Bokhari said.

During the hearing, Bokhari discussed the question and answer session in the NA after the no-trust resolution against Prime Minister Imran Khan was presented, saying that all the Opposition parties’ members said that they don’t have any questions.

They only asked for voting after which the NA speaker adjourned the session due to a ruckus.