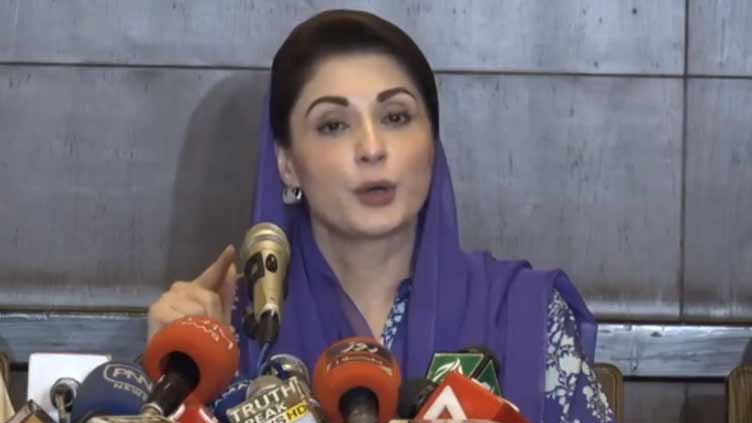 LAHORE (Dunya News) – Pakistan Muslim League-Nawaz (PML-N) vice president Maryam Nawaz said on Tuesday that the ‘threat letter’ presented by PM Imran Khan at the March 27 rally in Islamabad was prepared at the Ministry of Foreign Affairs and the PM didn’t show letter during the rally but a blank paper.

Addressing a press conference in Lahore on Tuesday, she said that whenever tenure of a government ends, it tells its performance to the people but even today, Imran Khan is putting fake plaques on projects started by former prime minister Nawaz Sharif.

The PML-N vice president said that the government has come up with a fake letter instead of showing its performance in response to the no-confidence motion, and asked PM Imran why he didn’t make the letter public when he had revealed all the details.

Maryam Nawaz went on to say that the “threat letter”, declared by PM Imran as evidence of ‘foreign conspiracy’ against his government, was drafted by the Ministry of Foreign Affairs officials.

She said, “Letter was drafted in Ministry of Foreign Affairs and Pakistan’s ambassador to the US was abruptly transferred to Brussels a day before he [PM Imran] showed letter to the public.”