Russia says US shamelessly interfering in internal affairs of Pakistan 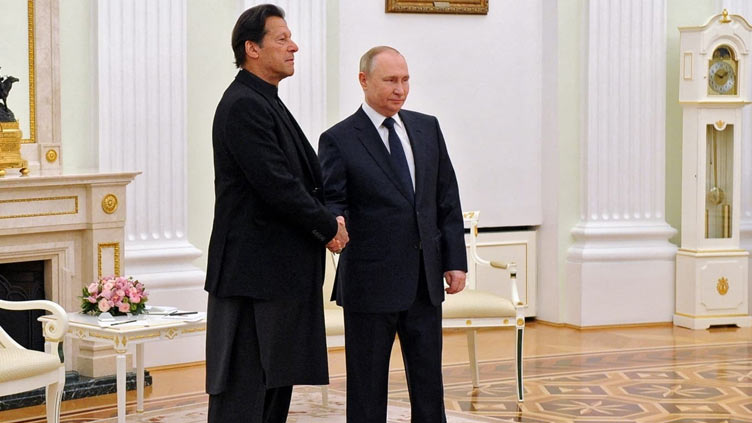 Russia says US shamelessly interfering in internal affairs of Pakistan

ISLAMABAD (Web Desk) - Official representative of the Ministry of Foreign Affairs Russian Federation Maria Zakharova said that United States has made another attempt to shamelessly interference in the internal affairs of an independent country for its own selfish purposes.

In a statement, Russian Ministry of Foreign Affairs said Russia had noted that President Dr Arif Alvi dissolved the National Assembly on April 3 on the prime minister’s advice as well as the events preceding it.

"Immediately after the announcement of the working visit of Imran Khan to Moscow on February 23-24 this year, the Americans and their Western associates began to exert rude pressure on the prime minister, demanding an ultimatum to cancel the trip," she said.

"According to the Pakistani media, on March 7 this year, in a conversation with Pakistani Ambassador Asad Majid, a high-ranking American official (presumably the same Donald Lu) sharply condemned the balanced reaction of the Pakistani leadership to the events in Ukraine and made it clear that partnerships with the United States are possible only if Imran Khan is removed from power," Zakharova said.

The Russian official said that further development of the situation left no doubt that the US "decided to punish the ‘disobedient’ Imran Khan", noting how lawmakers from within the PTI switched sides to the opposition while the no-confidence vote was submitted to Parliament.

"The [Pakistan] prime minister himself has repeatedly stated that the conspiracy against him was inspired and financed from abroad. We hope that Pakistani voters will be informed about these circumstances when they come to the elections, which should be held within 90 days after the dissolution of the National Assembly," she said.