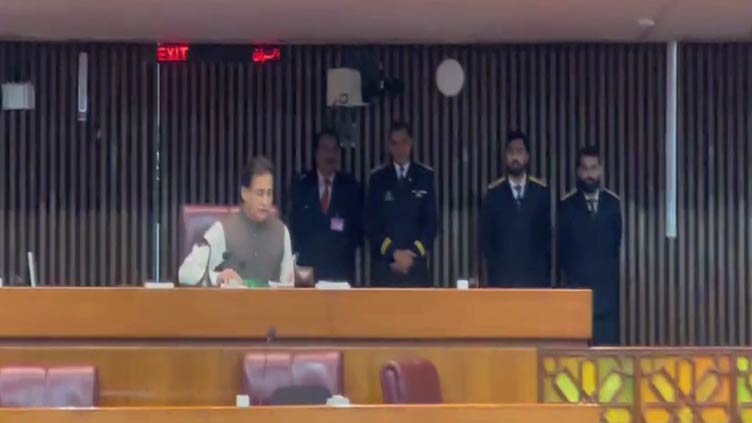 ISLAMABAD (Dunya News) – The joint opposition on Sunday held its own session of the National Assembly.

Former speaker and PML-N leader Sardar Ayaz Sadiq presided over the meeting as Speaker, while Murtaza Javed Abbasi announced the panel of chairs.

As the session began, Leader of Opposition in National Assembly and PML-N president Shehbaz Sharif addressed the opposition’s NA session.

The national assembly secretariat switched off the microphones of Lower of the Parliament.

Symbolic speaker Ayaz Sadiq gave his ruling against the ruling of Deputy Speaker Qasim Suri while holding the seat of Speaker.

The symbolic speaker while rejecting Qasim Suri’s ruling said that it was against the constitution.