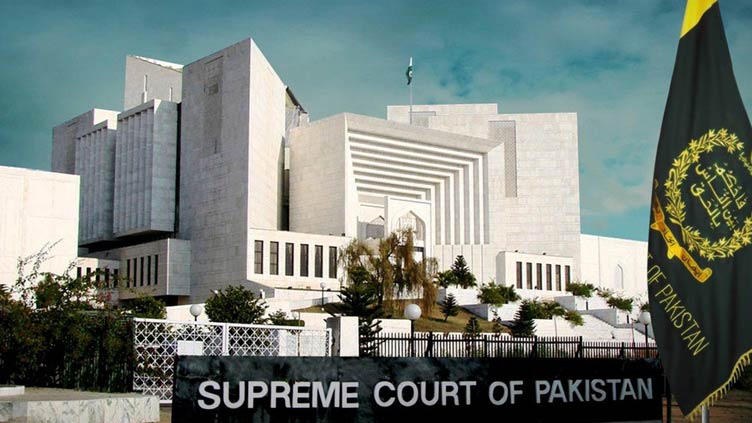 ISLAMABAD (Dunya News) – The Chief Justice of the Supreme Court Justice Omar Atta Bindiyal onSunday adjourned the suo-moto notice till tomorrow of the prevailing political situation in the country.

The Chief Justice remarked that it is Ramadan and everyone is fasting. He remarked that all institutions should play their role in accordance with the constitutional limits. The CJP remarked that all political forces and state authorities should not take advantage of the situation. Petitions filed on the issue are registered.

He said the situation should not get worse, all political parties should ensure law and order.

The bench will review applications filed by the opposition after after Deputy Speaker of the National Assembly Qasim Suri rejected no-confidence motion against Prime Minister Imran Khan, terming it against Article 5 of the Constitution.

Chief Justice of Pakistan Umar Ata Bandial remarked that the judiciary can interfere to some extent in the proceedings of the National Assembly after arguments on the separation of powers between the judiciary and the legislature were advanced.

The court refused to stay the ruling of the Speaker on the rejection of the no-confidence motion.

Among those who reached the top court were Attorney General Khalid Jawed Khan, members of the ruling Pakistan Tehreek-e-Insaf (PTI), and the Opposition.

Earlier, Supreme Court of Pakistan had taken suo moto notice of dissolution of National Assembly by the Presiddent. The apex court had formed a special bench to look into the matter. The special bench will review the matter.

Earlier, Prime Minister Imran Khan had proposed President Dr Arif Ali to dissolve assembly after Deputy Speaker of the National Assembly Qasim Suri rejected the no-confidence motion submitted by the opposition, terming it against Article 5 of the Constitution.

Oppositionn’s hopes of ousting the premier were dashed after Deputy Speaker of the National Assembly Qasim Suri rejected no-confidence motion against Prime Minister Imran Khan, terming it against Article 5 of the Constitution.

The Supreme Court has issued a written order to hear the suo motu notice taken on the political situation, in which it is said that the utmost priority for the Supreme Court is to establish law and order in the country.

While it remains to be seen whether the rolling of the Deputy Speaker is protected under Article 69. Any order issued by the President and the Prime Minister will be subject to the Supreme Court.

According to the order, the Supreme Court has directed the Home Secretary and Secretary Defense to submit a report on the steps taken to maintain law and order in the country.

The Supreme Court has issued notice to Advocate General Punjab on the situation arising in the Punjab Assembly and has directed that the appointment of new Chief Minister of Punjab be carried out in a constitutional and peaceful manner, adding that law enforcement institutions should strictly abide by the constitution and law to maintain peace and order in Punjab.

The written order of the Supreme Court further said that media reports regarding the rejection of the no-confidence motion against the Prime Minister should come to light. While several judges also called on Chief Justice of Pakistan.

The Supreme Court took notice of the matter and fixed it for hearing today (Sunday) .