US colluded with opposition for regime change in Pakistan: PM Imran 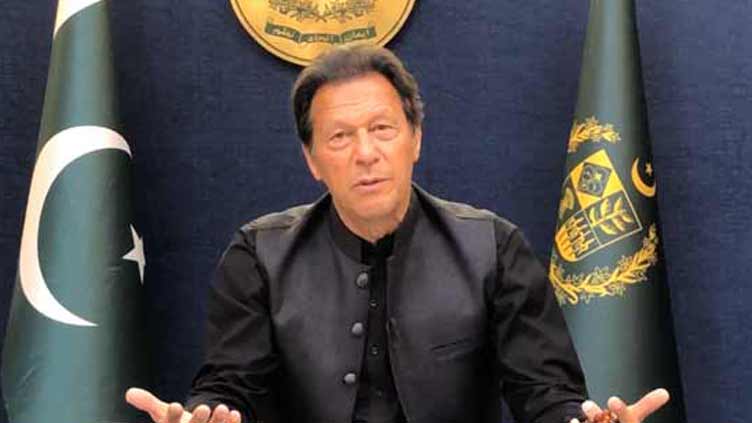 US colluded with opposition for regime change in Pakistan: PM Imran

Addressing the youth on Saturday, the prime minister urged the country’s youth to raise voice and stage protests against the conspiracy for the future of the country.

Speaking about foreign conspiracy, Imran Khan said that the United States colluded with the opposition to hatch conspiracy to topple his government, adding that the whole nation knows about the conspiracy.

He said the biggest group is using money to buy loyalities of the lawmakers, adding that the opposition parties have been ruling for over 30 years and the nation will not tolerate them.

Responding a to a caller’s question, the Prime Minister said consultations are being made with the government s legal team to take action against those politicians who were involved in this conspiracy to oust the elected government.

He said two forces are keeping the country united, one is our strong and determined Army and the other is Pakistan Tehreek-e-Insaaf, which is the only national party representative of the whole nation. He said we will not allow any propaganda campaign succeed against Pakistan Army, who has rendered matchless sacrifices for the defence of the motherland.

To a question regarding economic situation of the country, he said economic experts must sit and analyse the economic indicators of the past two governments and the incumbent government of PTI. He said today the whole world is facing inflation due to after effects of COVID-19 but despite that our economy has showed positive trajectory.

He made mention of the record remittances by overseas Pakistanis due to their trust in the PTI government. He said the exports have also remained record high.

Talking to an overseas caller, Imran Khan said as long as the nation stands united no conspiracy against the country can succeed.

The Prime Minister said he will defeat tomorrow’s no confidence motion. He said the people will never allow corrupt politicians rule the country again. He said PTI s popularity is evident in the clean sweep victory in KP Local bodies elections.

Responding to a caller s question regarding foreign policy, Imran Khan said friendly ties with all countries and national interest as top most priority is the key pillar of our independent foreign policy.

Prime Minister Imran Khan decided that he will attend the National Assembly session during the decisive proceedings of Parliament on the day of no-confidence motion.

According to sources, it was reported that PM Imran Khan had barred his members from attending the scheduled National Assembly session regarding the no-confidence motion, but now the government has changed its strategy.

It has now been decided that PTI members will go to the National Assembly tomorrow.