Step down, give Shehbaz chance to seek vote of confidence: Bilawal 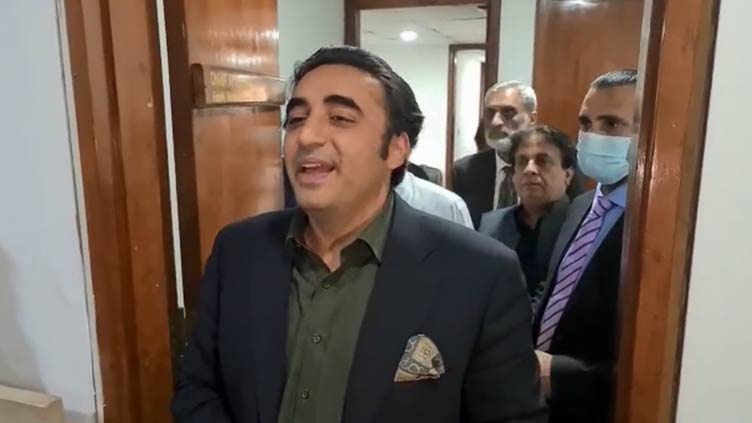 Step down, give Shehbaz chance to seek vote of confidence: Bilawal

Bilawal said, “Imran is trying to pressurise and make the institutions disputed.”

Talking to journalists and responding their questions, he said that there is no safe passage, NRO, amnesty or backdoor passage for Imran Khan. Only Imran Khan’s resignation is the honourable exit for him. I suggest him to do so.

The PPP chairman said Imran Khan is our political opposition and he want him to be a sportsman, adding that he had his inning and now after resigning become leader of opposition. He should come to the national assembly and produce his number and must not create a crisis. This will be appreciated. Any other advice is not in his favour.

Bilawal went on to say that he [Imran Khan] has been advised by some people to call a democratic process as an international conspiracy, adding that they are only doing it for their own interests not in country’s interest. They are asking Imran to pressurise institutions, manipulate the army and making the word neutral as disputed. This is against the country.

He said, “I was busy for this process for the last 3 years. This is a democratic process.” We did not get this victory with anyone’s support. Imran Khan will be responsible for any harm to the country.

He said that we did not get any notification of national security committee meeting. This meeting should not have been called. Imran’s attempt to polarise and scandalise the national security forums and institutions is outrageous. He said our information is that one of the ministers got this letter written and posted to him and the minister showed this letter to Imran Khan.

Bilawal said, “Imran is trying to pressurise and make the institutions disputed,” adding that his efforts not only hurt foreign policy but the country’s interest. This is not a game, this is not cricket. We have to think about the country and such childish acts must end.