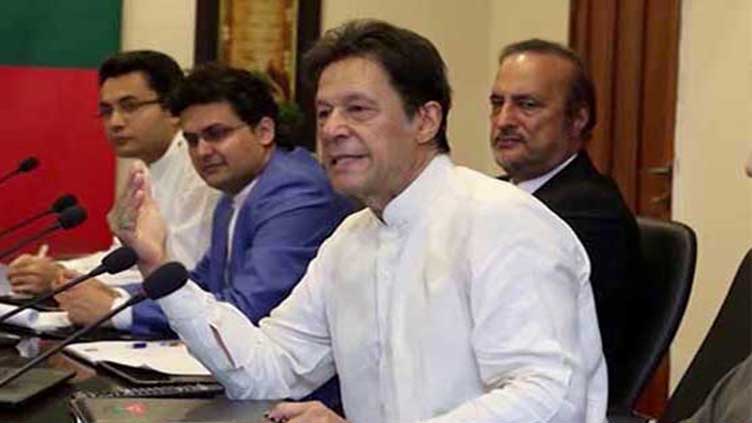 The no-confidence motion was approved and will be debated after a gap of two days.

ISLAMABAD (Dunya News) - The Prime Minister on Tuesday wrote a letter to his members stating that no member of PTI will attend the National Assembly session on the day of voting on the no-confidence motion.

The no-confidence motion was approved and will be debated after a gap of two days.

All members are required to adhere to these directions in true letter spirit and keep in mind the intent behind the provision of Article 63-A of Constitution of Pakistan, 1973.

It is made clear to all members that no member shall violate any instruction or extend any favor, relating to the vote of no confidence, to any other parliamentary party / group whatsoever.

That on 28th March 2022, leave was granted to move the resolution in terms of Rule 37 (4) of the Rules of Procedure and Conduct of Business in the National Assembly, 2007. The said resolution shall be voted upon within a period of 7 days. 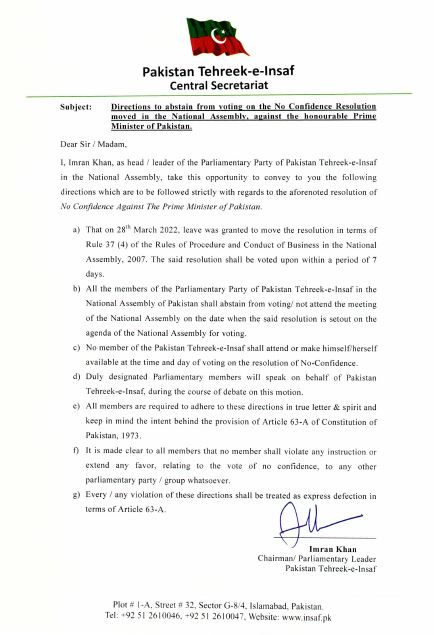