Not sure why PMLQ sided with PTI: Asif Ali Zardari 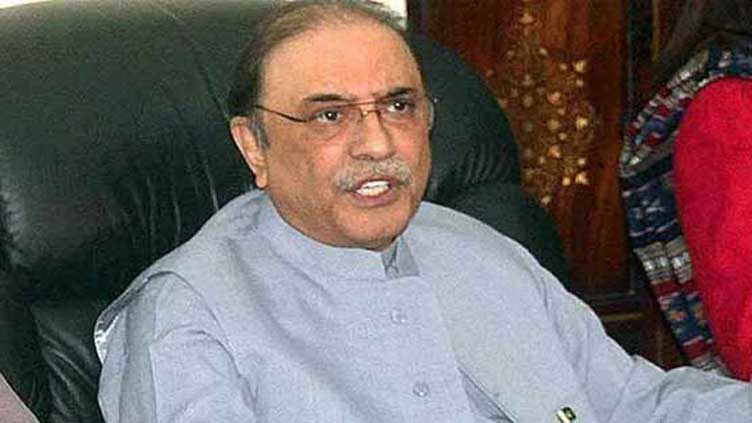 Not sure why PMLQ sided with PTI: Asif Ali Zardari

In Punjab too, we will bring change of our own accord, says Asif Ali Zardari.

ISLAMABAD (Dunya News) - PPP Co-chairman and former President Asif Ali Zardari on Tuesday while expressing total puzzlement regarding the PMLQ choice of alliance with the ruling party said that it’s not clear to him that why the PMLQ leadership has sided with PTI.

Talking to the media along with the opposition leaders, in response to a question about the PMLQ, Asif Ali Zardari said that the political people keep in touch. All parties must work together to save the country.

He mentioned that the PML-Q was ready, adding that at midnight they come to greet and pick me up. But it is not known what happened later on.

The PPP leader further said that whoever is nominated by the opposition will become the Chief Minister of Punjab. In Punjab too, we will bring change of our own accord.

In Punjab, the candidate for Chief Minister will be brought by holding consultation, he said.

The PPP leader pointed at the country’s ongoing political spectrum and mentioned that their priority is to save Pakistan.

Everybody realizes that Pakistan has to be saved, he stated.

Further talking about the combined mission of the joint-opposition parties he expressed that it’s not power they are after but they want to work for the betterment of the country.

Asif Ali Zardari clearly mentioned that the matters of Punjab will be as per their accord and so will be the decision of Chief Minister of Punjab, while according to the PPP co-chairman Mr. Elahi is too late for it.

We will decide together regarding Punjab, now Pervaiz Elahi is late, he added.