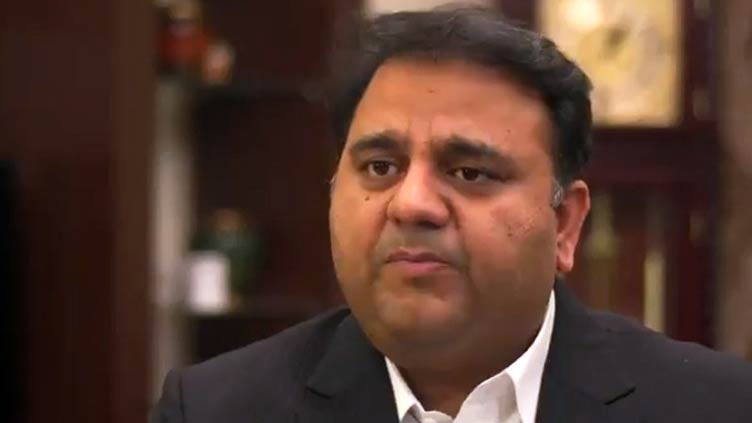 ISLAMABAD (Dunya News) – Federal Minister for Information and Broadcasting Fawad Chaudhry on Sunday, taking the PTI’s dissident MNAs to the task, said those who stabbed the prime minister in back would face “exemplary” humiliation at the public’s hands.

“I dare those who hide in Islamabad to go to their constituencies… you will be beaten by hundred of shoes in every one minute,” he said while addressing a charged crowd at the Parade Ground where a huge number of people gathered for the Pakistan Tehreek-e-Insaf’s (PTI) historic public meeting.

He said a huge crowd of people at the Parade Ground showed that the entire nation stood by Prime Minister Imran Khan who did not care about the power.

He said the PTI only wanted to remain in public which brought the party into the government. It had no interest in the power, the minister added.

He said those who wanted to oust the prime minister would have to go through from 200 million people who stood behind him like a rock.