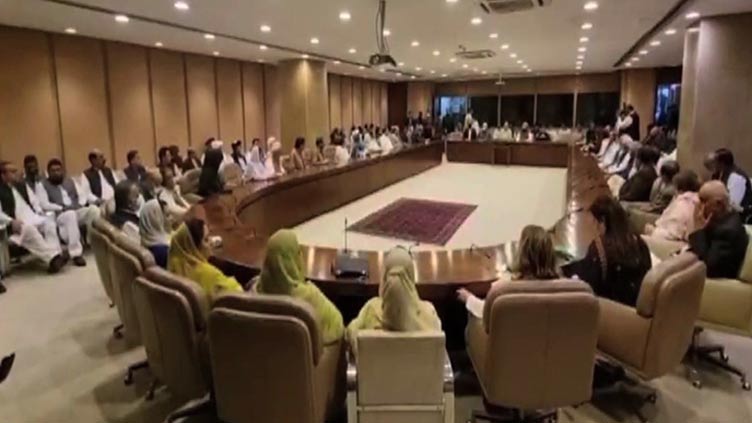 ISLAMABAD (Dunya News) – The ﻿joint opposition parties﻿ Parliament members meeting is under way on Friday, in which all the parliamentarians will consult about the no-confidence motion against the Prime Minister (PM) Imran Khan.

According to sources, the meeting was scheduled to be held in Parliament House in which a strategy will be chalked out for National Assembly (NA) session.

Sources further informed that consultations would also be held on expected protests by the joint opposition parties against the government and the Speaker National Assembly during the assembly session.

According to sources, the joint opposition stalwarts held consultation on no-trust motion to be tabled against the Prime Minister in the National Assembly (NA).

Sources said that the joint opposition leaders during their meeting decided that Fateha would be offered for the departed soul of Pakistan Tehreek-e-Insaf (PTI) Man Khyal Zaman at the start of the National Assembly proceedings as it is the tradition that Fateha is offered on the death of any member at the beginning of the assembly session.