Attack on Sindh House is an assault on Pakistan: Shehbaz Sharif 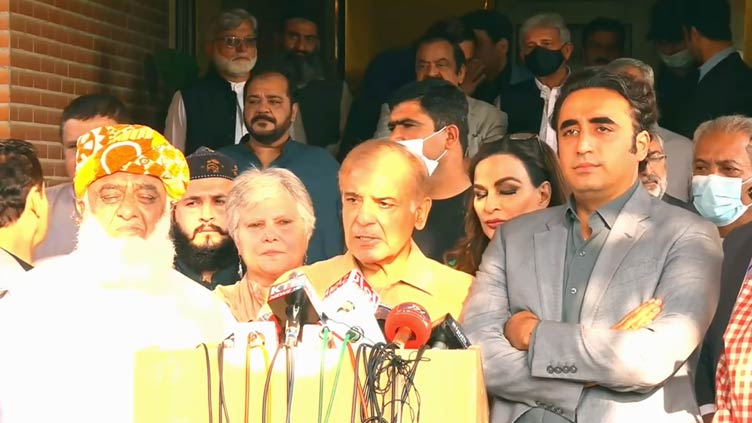 Attack on Sindh House is an assault on Pakistan: Shehbaz Sharif

Attack on Sindh House is an assault on Pakistan

ISLAMABAD (Dunya News) – The leadership of joint opposition on Saturday while issuing a warning to Speaker National Assembly Asad Qaiser said that the attack on Sindh House is an attack on Pakistan and this attack is a proof of the success of the no-confidence motion.

During the meeting, important issues related to the no-confidence motion were discussed in details.

The opposition leader said that the attack on Sindh House is an attack on Pakistan, adding that PM Imran has bulldozed democracy and is ready to cross all boundaries to remain in power. The allies themselves are saying that we cannot go to the constituencies because of PTI.

Shehbaz went on to say that inflation and unemployment have devastated the country and the lawmakers cannot even go to their respective constituencies. He also accused the PTI government of doing horse-trading in Balochistan and Senate elections.

“We want to exercise our right by following the path of constitution and law,” he said and warned the speaker to play his constitutional role.

Chiding the NA Speaker younger Sharif said, "Don’t let democracy derail, otherwise neither history nor the people of Pakistan would forgive you."