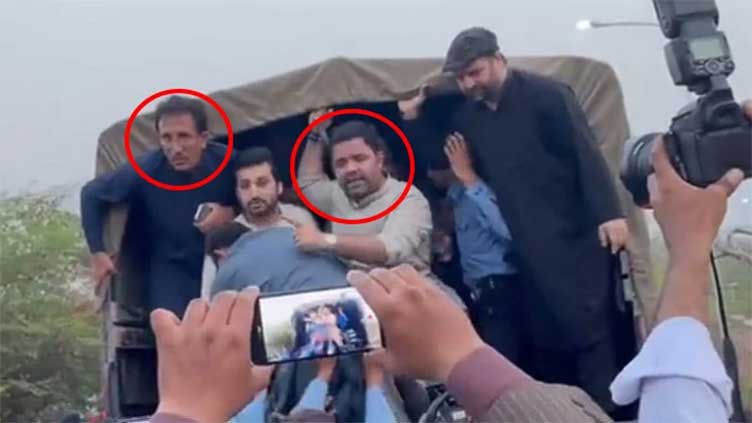 This comes hours after PTI workers staged a protest outside Sindh House in Red Zone area of the federal capital.

A sit-in was called by PTI workers outside Sindh House. The protest turned violent turn as demonstrators broke the gate and stormed inside the Sindh House.

PTI MNA from Karachi Faheem Khan who was also present in the protest outside the Sindh House said that the people voted them due to Imran Khan and the deserters were traitors.

He also hurled threats to the dissident members of the ruling PTI, who had been staying inside the Sindh House.

PTI MNA Attaullah Khan said that the disgruntled PTI members were elected due to Imran Khan and the workers of the ruling party will go after the potential deserters.

He said that the deserters should come back and apologise to the Prime Minister, adding that if they have any grievances they should tender resignation and contest election.

Later, police sprung into action and arrested two PTI MNAs including Attaullah Niazi and Faheem Khan and several others.

On the other hand, the volunteers of the Jamiat Ulema-e-Islam-Fazl (JUI-F) have also reached Sindh House to confront the charged PTI workers.

JUI-F spokesperson Aslam Ghauri had said, “Our volunteers will be present where there is lawlessness,” adding that groups hooligans were being entered in the red zone under police surveillance.

Ghauri said that the hooliganism of PTI will be dealt in all circumstances.

He directed the workers of Rawalpindi, Islamabad to immediately reach Islamabad, adding that the responsibility will be on the government if any worker is harmed.