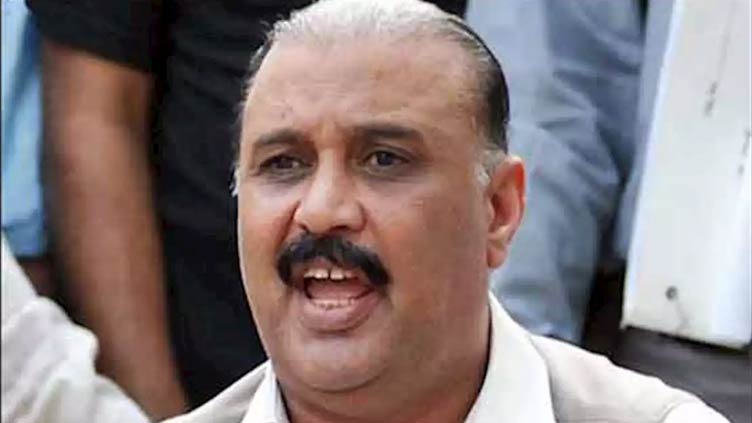 According to sources, members of Pakistan Tehreek-e-Insaf (PTI) Assembly moved to Sindh House Islamabad after an operation was carried out by police personnel on the presence of Ansar-ul-Islam in Parliament Lodges. Both the doors of Sindh House has been completely closed.

In an audio message received by Dunya News on Wednesday, he said that the whole nation and media knows that that the police attacked the Parliament lodges and the opposition’s MNA was tortured after which he was taken into custody.

Following the attack on the Lodges, the disgruntled PTI MNA said those who had been dissenting with the ruling party over inflation, corruption, and lawlessness felt that whatever happened in the Lodges could also happen with them and they decided to stay at Sindh House.

Raja Riaz went on to say that no one has given them money and we [the dissenting lawmakers] will vote based on our conscience, adding that they were not afraid of anyone and they were here only as a precautionary measure.

On the other hand, Member National Assembly Noor Alam Khan while regretting the statement of Prime Minister Imran Khan of Rs 200 million said that he had been raising voice against corruption, inflation and load shedding for the past three years.

Meanwhile, MNA Basit Bukhari said that he never asked for any ministership. “I was elected to the National Assembly as an independent candidate,” he said.

PTI MNA Nawab Sher Waseer said that he will hug Information Minister Fawad Chaudhry while going to cast his vote. “What can they expect from us when they would call us mules and horses,” he asked and added a politician shouldn’t use such language. “We will not contest next election on PTI’s ticket,” he added.

PTI MNA Ramesh Kumar who is also present inside the Sindh House along with other disgruntled members claimed that three federal ministers have already parted their ways with the ruling PTI.

Ramesh Kumar said that has always pointed out the wrongdoings. “Some PTI leaders telephoned my wife in the Parliament Lodges and called me a mule,” he said.

Earlier today, PM Imran Khan presided over a session in which details regarding the horse trading of the assembly members came under discussion.

On Wednesday, Speaker Punjab Assembly and Pakistan Muslim League-Quaid (PML-Q) leader Chaudhry Pervaiz Elahi had revealed that 10 to 12 members of the ruling Pakistan Tehreek-e-Insaf (PTI) were in “safe custody” of opposition parties.

Speaking exclusively in Dunya News program "Nuqta e Nazar", he said that the process of consultation with the allies has been expanded and no decision has yet been taken which would harm ruling PTI.

The PML-Q leader said that he had good relations with former president and Pakistan Peoples’ Party (PPP) co-chairman Asif Ali Zardari, adding that there is still time and consultation process was underway.

The speaker Punjab assembly went on to say that PM Imran don’t contact but Minister of Defence Pervaiz Khattak had conversation with Monis Elahi over phone.

Elahi further said that his party supported the ruling PTI throughout its tenure and didn’t part ways by ignoring things and supported PTI for three and a half years.

“Imran Khan is honest and has good intentions,” he said and added the PM didn’t discuss no-confidence motion when he visited their house.