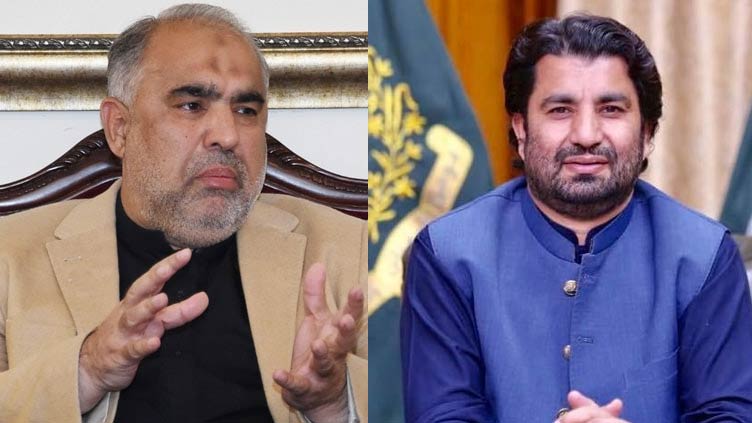 The draft has the signatures of more than 100 members.

ISLAMABAD (Dunya News) – The opposition has submitted a draft of no-confidence motion against Speaker National Assembly Asad Qaiser and Deputy Speaker Qasim Suri to the leadership.

According to sources, the draft has the signatures of more than 100 members. The Speaker and the Deputy Speaker have been accused of biasness in the draft and run the House according to the instructions of their party.

According to the draft, the Speaker and the Deputy Speaker become parties instead of remaining neutral. Asad Qaiser and Qasim Soori attend meetings chaired by the prime minister, constantly violating the rules of the National Assembly.

On the other hand, former minister for defense and senior PML-N leader Khawaja Asif wrote on microblogging website Twitter that the joint opposition was pursuing constitutional change through a no-confidence motion with the sole aim of establishing the constitution and rule of law in the country. “If the civil bureaucracy and the police try to sabotage the constitutional process, then Article 6 of the constitution is clear and we promise to implement it.”

“I urge you to immediately convene a meeting, fulfilling the constitutional requirements, and allow the members to decide freely,” he said and added Asad Qaiser has become controversial by stating that the "no-confidence motion will fail" and that it is a "global conspiracy".