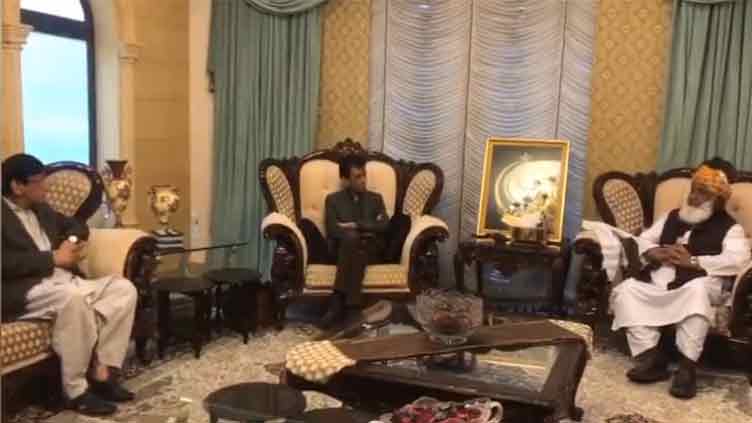 Talking to media after the meeting, the JUI-F chief welcomed the MQM delegation and said that the political parties are holding consultation with each other.

He said at present there political shake up in the country and every party has its own perspective and thinking.

He went on to say that nobility and tolerance in politics is the responsibility of all of us, adding that if the volunteers of his party are expelled then the members can be abducted and harmed.

“Ansar-ul-Islam are civilians and our party workers, adding that we have never relied on the police in any public meeting,” he said.

We will look into the issue of no-confidence: Khalid Maqbool Siddiqui

MQM leader Khalid Maqbool Siddiqui said that if there is no tolerance and civility in politics, then politics is a curse.

He said, “We will also look into the matter of no-confidence motion, adding that we have been holding meetings with leaders of different political parties. “We came to seek guidance from Maulana Sahib because Maulana s experience is much more than ours.”