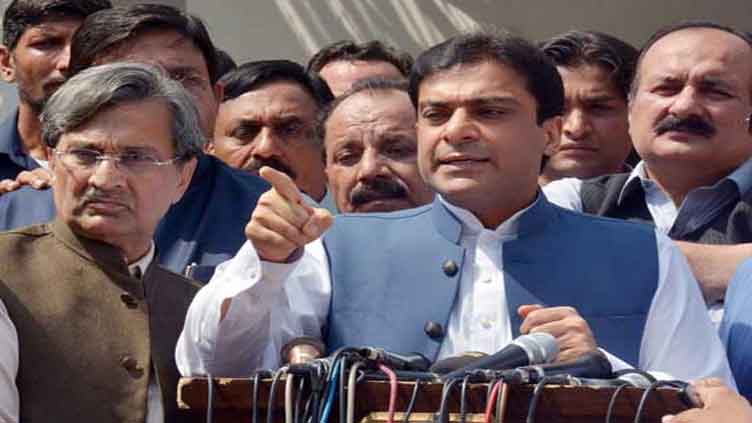 Addressing the media in Lodhran, Hamza said that the PML-N has a relationship of honor and respect with Chaudhry Shujaat. PML-Q chief and I have spent 6 months in jail together.

He added that the court has bailed 16 accused including Shehbaz Sharif acquitted in clean water case. The number of lies of Imran Niazi is increasing with every passing day.

Hamza Shehbaz went on to say that a public court has imposed a punishment on Imran Niazi. The people will soon punish him for promising 5 million houses and 10 million jobs. The children of the people are hungry and the laborers are unemployed.

He said that there is no money in the pockets when the daily wagers go back home and can see blood in the eyes of public, may God spare us from the tyrannical rule of the incumbent government so that we could sit together for the betterment of the public.

Meanwhile, he poured in condolence on death of former member Provincial Assembly Rafiud-din-Shah.