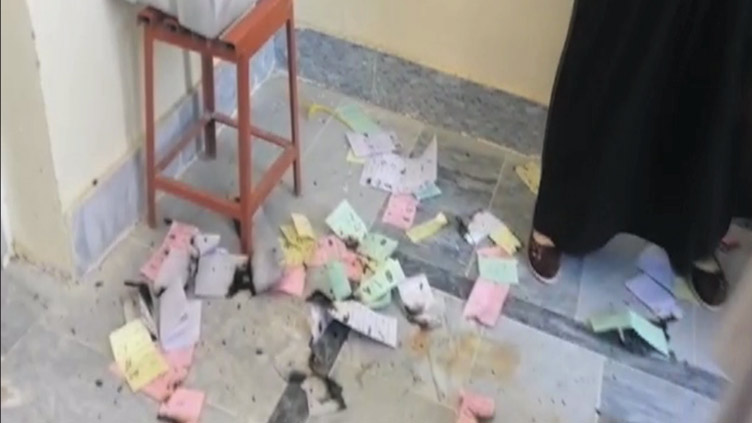 PESHAWAR (Dunya News) – Ballot boxes in two polling stations of Karak were set on fire as re-polling is underway in 13 Khyber Pakhtunkhwa’s districts.

According to details, re-polling is taking place at 14 polling stations in Tarak. Sources claimed that unidentified women wearing burqas threw incendiary materials in the ballot box under the pretext of voting, which caused a fire in the ballot box.

After the fire, a stampede broke out in the polling stations and staff as well as other voters got stuck in station.

However, police and other security forces took control of the area and brought the situation under control.

It merits mention that, re-polling is being held on various seats of local councils where elections were terminated either due to deteriorated situation on polling day or death of the contesting candidates during first phase of the local bodies’ polls.

The polling began at 8 a.m. and will continue till 5 p.m. without any break.