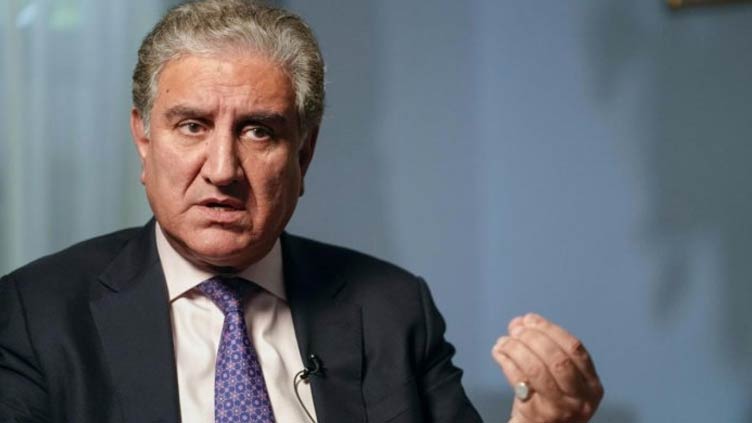 Taking part in debate in the Senate on Bill moved by Senator Rana Mahmood ul Hassan to introduce the Bill further to amend the Constitution, he said that Pakistan Tehreek Insaf (PTI) was supporting creation of new province on the desire of the people of South Punjab. He said that creation of new provinces will also end deprivation among the people of small provinces.

The Foreign Minister said that South Punjab is very backward and PTI government has taken steps for correcting the balance of the federation.

He said that amendments were also made in the rules of business and Punjab government had also approved it and notified and also implemented.

He said that on the basis of this, in two important cities of South Punjab including Multan and Bahawalpur Secretariats’ foundation stones were laid and funds were also allocated besides starting of work. He said that a site was identified in Bahawalpur for establishment of some departments. Qureshi said that few departments also started sitting in both the cities. “We want to take it forward”, he added.

The Foreign Minister said that as per the PTI manifesto, Minister of State for Parliamentary Affairs has not opposed, rather he supported it which was referred to the committee.

He requested that we all should set a side political point scoring on this issue and move forward on it. Unfortunately, we do not have two third majority otherwise PTI will move it on its own.

I will request all the political parties to speak on the subject, he said and added, we all should unanimously develop consensus in the committee on it. He said that same consensus would be developed in Punjab Assembly.

We are also ready to cooperate in this regard in Punjab Assembly to fulfill the long standing desire of the people of Punjab, he said and added that direction was initiated by establishing the Secretariat and PTI will support any legal amendment and legislation regarding it. He said that major political parties including PTI, PPP and PML-N should create consensus on it.