Democratic Govt of PTI will complete its term: FM Qureshi 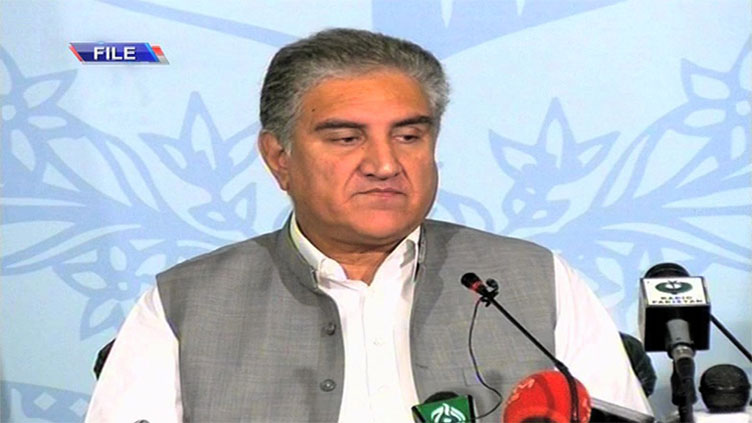 Democratic Govt of PTI will complete its term: FM Qureshi

MULTAN (Dunya News) - Foreign Minister Shah Mahmood Qureshi on Sunday said that no matter how many marches the opposition holds, there will be no in house change or end to the government. The opposition will face defeat and the democratic government of PTI will complete its term.

Talking to people during his visit to different Union Councils of his constituency NA-156, Shah Mahmood Qureshi said we love dear homeland and would continue to live in the country. We know how to be loyal to the country. We have no flats, no accounts abroad and no one has a plan to go abroad. We are among the people and will remain with them.

He expressed satisfaction and hinted that PTI government s intentions were positive. "The present government has a credit for not having any corruption scandal."

The government under the leadership of Prime Minister Imran Khan has zero tolerance policy on corruption. In the past, the resources and national treasury were ruthlessly looted. Properties have been made in abroad by opening foreign currency accounts. However, the present government strongly believed in transparency, and is spending national wealth and resources on public development.

He said that inflation was a temporary phenomenon and Pakistan Tehreek-e-Insaf (PTI) government would control it before 2023."The government is not indifferent to people and well aware their hardships."

He observed that government was striving hard to address public problems. The global economy has also been in crisis for the past two years due to coronavirus. He however maintained that difficulties were temporary. "We understand the problems and concerns of the people and trying to resolve the issues," he added.

He said that the PTI government would honour pledges, made with the public during elections 2018 campaign. "We will go to the people s court for Elections 2023 on the basis of five years of performance and Insha Allah will win the Elections 2023 again," he added.